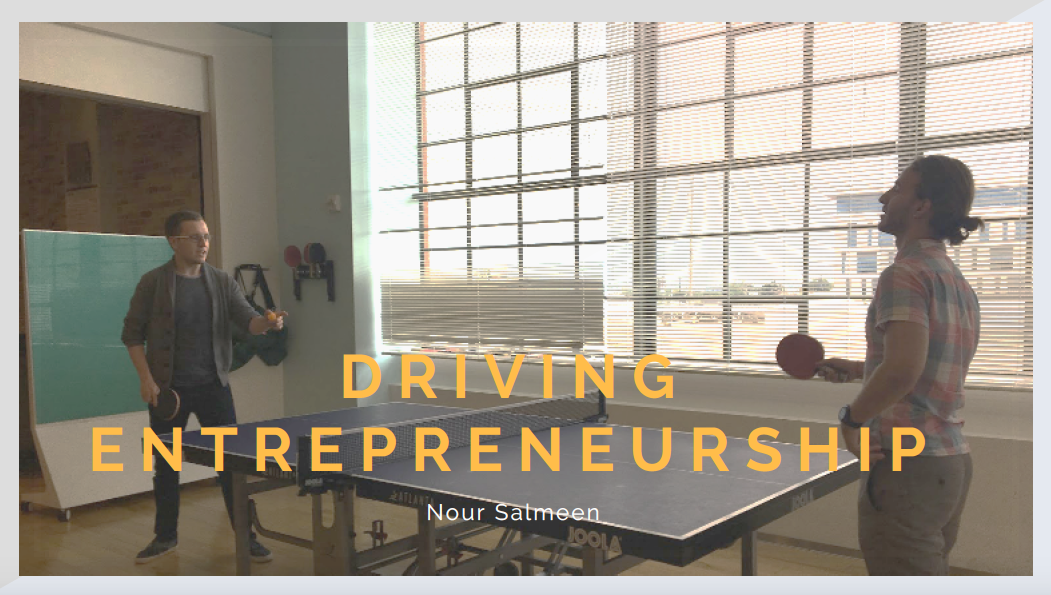 Atop a breezy afternoon in Budapest, Tamas Javor was taking a walk down the street with his grandfather. He told his grandson that he would give him a quarter for every car he could name (make and model) on that street. A few blocks later, his grandfather quit the bet; Tamas, only 5 years old at the time, was already becoming too expensive. He loved cars and numbers, and knew, even at a young age, that finance would be in his future.

He went on to attend the prestigious Corvinus University of Budapest, the top finance and economics institution in the country, located downtown Budapest. His move to the U.S. was prompted by the Hungarian Missouri Educational Partnership that allowed him the opportunity to pursue an MBA in Finance at UMSL.

Tamas found an ad on UMSL’s career site looking for a Financial Analyst at a new department called UMSL Accelerate. After three rigorous rounds of interviews, he was then brought on the team. Tamas continue to learn new things every day, and those experiences speak volumes to the mission of UMSL Accelerate to foster a community of thought leaders by providing a vibrant ecosystem to educate, innovate, and collaborate.

Tamas actively seeks program improvement on a daily basis at his new career with UMSL Accelerate, he is in charge of running the Ameren Accelerator program with Capital Innovators, coordinating events, logistics, budgeting, and expense forecasting. He has taken mentorship lessons from Dan Lauer, the Founding Executive Director of UMSL Accelerate, who formulates different strategies in the department, enabling Tamas to mentor students himself based on what he has learned. His words of advice? Stay competitive, increase your sense of urgency, and take ownership. Students interested in mentorship and other entrepreneurial needs can join the Entrepreneurship Club@ UMSL. The next meeting of the semester will be held on September 7, 2017, at the Cortex Innovation Center @4240 during Venture Cafe.