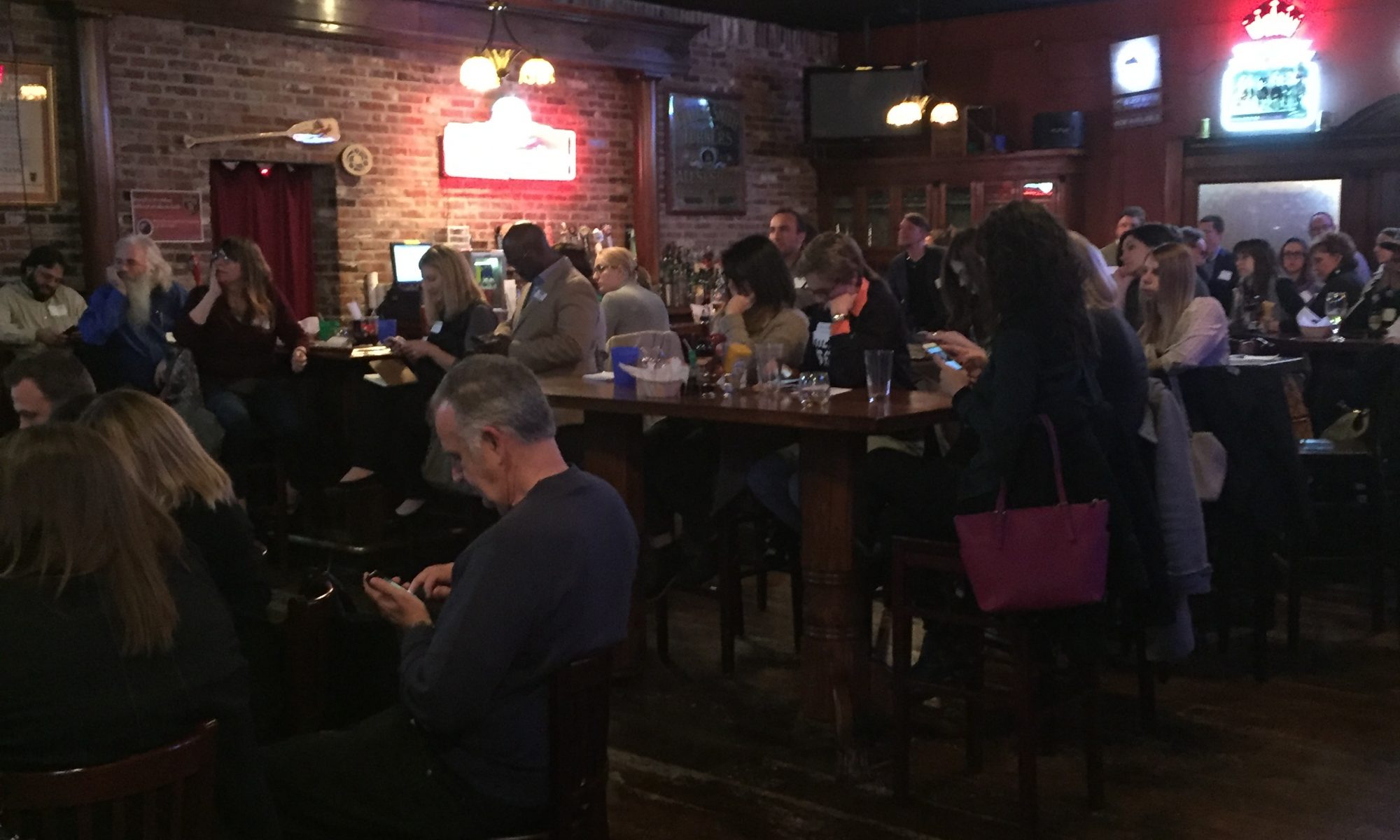 featured UMSL Digital Advisory Board member and Brand Manager of Unidev Angela LaRocca as their February speaker. IT was a packed house at Llewellyn’s Pub in Webster Groves, which hosted this month’s event. As a crowd of social media enthusiasts packed the room, Angela spoke about her path to success and how social media has advanced her career. Managing social media for a tech company has its challenges and Angela recalled the obstacle of being “a right brained girl in a super left brained world.” Being one to never back down, Angela used these challenges to help define her role and her goals.

Define Your Role to Reach Your Goals Angela’s advice: “Use all that is available to you. Be a sponge. And most importantly, keep your eyes on the prize.”
Angela’s favorite social media: Twitter, because it improves her writing skills. Learning to express yourself in 140 characters or less is a challenge for even the most social-savvy people.
Planning is the key to Angela’s success: she sets short term, ongoing and long term goals. Using analytics, she is able to measure which channels and messages are most successful. She uses this to help create her content calendar, a method she swears by. Her content calendar encourages a regular schedule and includes mentions of other successes. With social media, it is important to “play the game” and encourage interaction from other users. When using social media, there are three factors to keep in mind: how you want to be perceived, what tone your audience uses, which channels are most effective. Audience members chimed in on the appropriate tone of LinkedIn, where the line between casual and personal is fading. With this platform being centered around business, there were many different opinions on the tone of posts users want to see.
Currently, Angela is directing an indie movie called “Must Fool Everyone”. With a background in Hollywood, Angela loves the opportunity to direct. The audience shared their experiences with crowdfunding and Angela shared her platform Seed & Spark. Other audience favorites included GoFundMe, Kickstarter, and IndieGoGo.
Next month’s speaker is David Carson, a Pulitzer Prize winning photographer with the St. Louis Post Dispatch. David will speak on “Photojournalism, Social Media and Ferguson: How one photographer got pulled into the biggest story of the year.”