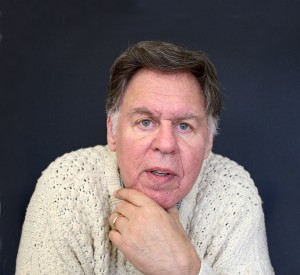 As the 2010 World Cup soccer tournament in South Africa approaches, historian Charles P. “Chuck” Korr finds himself in much demand. He was interviewed about his book “More Than Just a Game” on May 23 on “Outside the Lines,” an award-winning newsmagazine on ESPN, and June 3 on “St. Louis on the Air,” a program on St. Louis Public Radio | 90.7 KWMU.

Korr, professor emeritus of history at the University of Missouri–St. Louis, also saw “More Than Just a Game” listed among 12 books recommended May 10 by Jack Bell in The New York Times. Bell’s list is a compilation of the best books to read as the World Cup soccer tournament in South Africa draws near.

“More Than Just a Game” (St. Martin’s Press, 2009) describes the efforts of South African political prisoners in the 1960s and 1970s to establish a soccer league, the Makana Football Association — complete with FIFA rules, records, a league structure, schedules, trophies and referees — on Robben Island Prison, sometimes referred to as the “Alcatraz of South Africa.” Bell described the book as “an incredible story that chronicles how soccer helped political prisoners in their triumph of the human spirit over the apartheid system.”

Of an earlier edition of the book published in Great Britain and South Africa, Archbishop Desmond Tutu said it “adds a compelling dimension to our understanding of the struggle against apartheid.” The Guardian newspaper called it “a fascinating account of the immense importance of sports.”

Korr found out about the existence of soccer on Robben Island in 1993 when he was teaching in Cape Town, South Africa, as part of the University of Missouri–University of the Western Cape faculty exchange program that is administered on the UMSL campus by the Center for International Studies. He keeps in regular contact with many of the former political prisoners and plans to see some of them when he is in South Africa for the World Cup, which will begin June 11.

The research Korr conducted for the book was the basis of a movie of the same name. He served as a co-producer, writer and consultant on the movie. The film is a docudrama that features Presley Chweneyage, star of the Oscar-winning film “Tsotsi.”

The May 23 “Outside The Lines” broadcast contained scenes from South Africa during apartheid and lengthy interviews conducted in the past few months with men who were political prisoners. It focused on the prisoners’ three-year long efforts to establish the soccer league and how much the league meant to them.

The day after the video was broadcast, Korr was featured in an interview segment on http://espn.go.com in which he discussed the prisoners’ methodology and motives in establishing the soccer league, as well as the role that their efforts played in the struggle against apartheid. Jacob Zuma, the current president of the Republic of South Africa, and Dikgang Moseneke, the deputy chief justice, were among the founders of the league.

Korr’s guest appearance on St. Louis Public Radio’s “St. Louis on the Air” included discussion of his subject matter from his book and the role of soccer in the St. Louis area.

Another book by Korr that gained recognition recently was “The End of Baseball as We Knew It” (University of Illinois, 2002). It was included May 8 in “Five Best Baseball Books,” a story by Peter Morris in The Wall Street Journal. The book tells the story of how the Major League Baseball Players Association was transformed from a powerless group into a real labor union that changed all professional sports in America.

Morris says of the book: “Korr’s splendid study … will furnish any reader with a better understanding of the events that shaped the free-agent era.”

Korr said it was gratifying to see his work mentioned alongside the other books in the two stories.

“It’s been a very good couple of weeks,” he said.