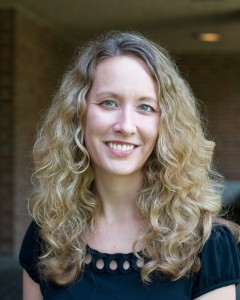 More than 34 million people worldwide live with HIV or AIDS. According to the Joint United Nations Program, most do not know they carry the virus or disease.

Zoe Peterson, assistant professor of psychology at the University of Missouri–St. Louis, will lead a study that aims to identify those in the St. Louis area who have high-risk factors for contracting the virus and provide resources to help prevent its spread.

The study, which will run from July to December, is called the “National HIV Behavioral Surveillance Project.” It’s funded by the Centers for Disease Control. Each year, the CDC funds surveillance research in over 20 metropolitan areas with high AIDS rates, including St. Louis. The award was given to the Missouri Department of Health and Senior Services, who then contracted Peterson to lead this cycle of the study. Peterson’s award is approximately $325,000.

Peterson and several UMSL students will begin data collection next month by interviewing 500 heterosexual men and women who live in St. Louis city and county. Participants will take part in a single interview in which they will be asked questions about their sexual and drug use behaviors, demographic factors, age and social networks, or who they associate with. They will also have the opportunity to take an anonymous HIV test on site and receive the results that day.

“The goal is to identify behaviors that are most strongly associated with HIV risk,” Peterson said, “and from there, to develop better prevention and health-care approaches for individuals who are at high risk for HIV and other sexually transmitted infections.”

HIV, or human immunodeficiency virus, causes the disease AIDS. At least 40,000 new Americans become infected with HIV each year, and it is estimated that half of all people with HIV in the U.S. have not been tested. This disease has killed more than 19 million people worldwide.

“Prior studies have shown that those with low socioeconomic status are at greatest risk partly due to poor health-care services. It is important to find ways to reduce this disparity,” Peterson said.