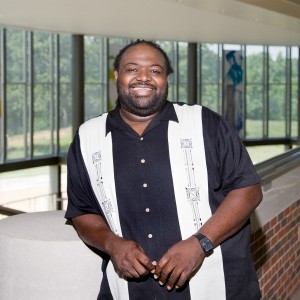 “Pennies for the Boatman,” a film directed by Niyi Coker, the E. Desmond Lee Endowed Professor of African/African-American Studies at the University of Missouri–St. Louis, will debut at 6:45 p.m. Sunday (July 18) at the Tivoli Theatre in University City, Mo. It is one of 65 local movies selected to be screened as part of the 10th annual St. Louis Filmmakers Showcase.

The dramatic film, set in north St. Louis during the summer of 1958, is about the stormy relationship between two sisters. Coker’s movie is an adaptation of St. Louis playwright Mario Farwell’s “The Seamstress of St. Francis Street.” Farwell’s play won the first E. Desmond Lee African-American Playwriting Competition, which included a UMSL production of the film as part of the prize.

Coker’s directing credits include “Black Studies USA” and “The Black 14,” as well as more than 50 major stage productions. His latest play, “Preemptive,” is on tour throughout Barbados, Bermuda, Ghana and Great Britain. It will be staged next in Nigeria.