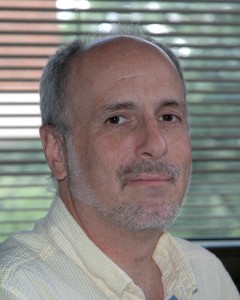 Historic preservation has been a shot in the arm for inner-city St. Louis, according to University of Missouri–St. Louis historian Andrew Hurley. Tax incentives for residents to renovate old, dilapidated properties have led to the renaissance of entire neighborhoods, including Soulard and Lafayette Square. That’s a good thing. But urban regeneration through mere beautification, he said, can lead to gentrification.

Hurley’s new book, “Beyond Preservation: Using Public History to Revitalize Inner Cities,” argues that more can be done to breathe new life into communities while including current residents. Too often, he said, more concern has been placed on raising neighborhoods’ property values and upgrading the perceived status while allowing its social fabric to fray. His book proposes a framework for stabilizing and strengthening inner-city neighborhoods by creating a sense of purpose and community through public interpretation of that area’s historic landscape.

“Old North St. Louis is a perfect example of a community that wanted to generate new investment and bring in new residents, but not at the expense of existing or poor residents,” said Hurley, professor and chairman of the Department of History at UMSL. “Actually, one of the aims of their revitalization program was to turn the neighborhood’s renters into homeowners. So instead of targeting affluent people elsewhere to buy homes, it was their hope that people within the neighborhood who were currently renting would become homeowners.”

Hurley was one of several UMSL scholars to work with residents of Old North St. Louis through a U.S. Housing and Urban Development grant. The multipronged effort focused on educating residents about the neighborhood’s history, financial literacy and environmental health, as well as the training and development of neighborhood leadership. A chapter in “Beyond Preservation” is devoted to the ongoing turnaround of Old North St. Louis, a neighborhood once suffering from bedraggled appearance and unsavory reputation.

“The community’s desire was to avoid the evils of gentrification,” said Hurley, a St. Louis resident. “So we worked hard to use the neighborhood’s past to demonstrate that this was a community that was tolerant of others, people of diverse backgrounds, and this was something that could be celebrated through its history.”

Hurley pointed out that community history is not usually an integral part of urban planning. In his book, he argues that, ideally, historical investigation and analysis really should be a formal part of the process.

“Historical investigation is a way to identify assets that one can build upon,” he said. “If you look at how a neighborhood functioned in the past, then you can find out what it was good at and use what remains from those previous eras to build on for the future.”

Hurley is an expert in urban history, environmental history and 20th Century United States. His current research focuses on the effects of consumer culture on the urban landscape in the post-World War II era. Other books by Hurley include “Diners, Bowling Alleys and Trailer Parks: Chasing the American Dream in Postwar Consumer Culture” and “Environmental Inequalities: Class, Race and Industrial Pollution in Gary, Indiana, 1945-1980.”

“Beyond Preservation: Using Public History to Revitalize Inner Cities” was published July 12 by Temple University Press. The 248-page book is available at http://www.temple.edu/tempress and other online retailers.