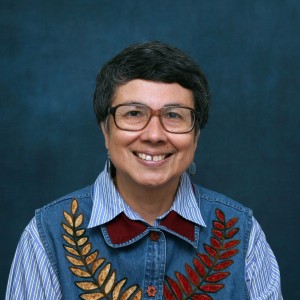 Zuleyma Tang-Martinez, professor of biology at the University of Missouri–St. Louis, received the prestigious Quest Award from the Animal Behavior Society, an international society with members from all over the world.

The Quest Award is one of the ABS’s highest research awards, recognizing particularly critical contributions to the field of animal behavior over the course of a member’s career. The award was presented to her on July 29 at ABS’ annual meeting in Williamsburg, Va.

“I am very deeply honored and humbled that my primary professional association, the Animal Behavior Society, selected me,” said Tang-Martinez, of University City, Mo. “It is my hope that, as the first Latina-American to receive this honor, I can serve as a role model, encouraging the next generation of scientists of color to pursue careers in animal behavior. My one regret is that I cannot share the news of this award with my parents. Although neither one of them completed high school, they sacrificed tirelessly so that I could follow my dream of studying the behavior of animals.”

Tang-Martinez, who has taught biology at UMSL for 34 years, said as a child growing up in Venezuela, she was fascinated by the animals around her.

“To think that someday I might receive an award for my research on animal behavior was completely beyond my wildest imagination,” she said.

At the awards ceremony, ABS touched on the highlights of her career thus far, including her invention, while a graduate student, of the “habituation-discrimination technique,” which she used to demonstrate that animals of many species distinguish individual differences in the odors of other members of their own species. The technique has since been widely adopted for use in research on animal behavior in various other contexts.

She also conducted important research on social behavior in rodents, including chemical communication (i.e. pheromones) and kin recognition. And most recently, her critique of one of the major paradigms in animal behavior and evolution – the Bateman hypothesis – has lead to a major on-going reevaluation of the validity of the hypothesis. The Bateman paradigm has been the foundation of most research on sexual behavior, evolution of mating patterns and parental care since 1948. Tang-Martinez’s critique could drastically change the way animal behaviorists look at these issues. Her chapter on Bateman’s paradigm was just published in the Encyclopedia of Animal Behavior.

The Animal Behavior Society was founded in Montreal, Canada in 1964. Its purpose is to promote and encourage the biological study of animal behavior in the broadest sense, including studies at all levels of organization using both descriptive and experimental methods under natural and controlled conditions. Both research studies and the dissemination of knowledge about animal behavior through publications, educational programs, and activities shall be encouraged.