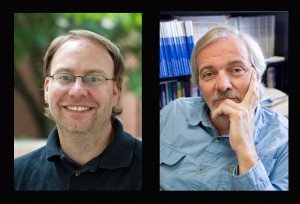 Nightly news reports are filled with images of youth violence – from school shootings to gang-related murders to neighborhood stabbings. Is youth violence on the rise? University of Missouri–St. Louis criminologists Finn-Aage Esbensen and Terrance J. Taylor explore this question and others in their new book, “Youth Violence: Sex and Race Differences in Offending, Victimization and Gang Membership.”

“The study highlights the importance of cumulative risk in multiple domains in shaping youth offending, victimization and gang membership,” Esbensen said. “The results illustrate that exposure to cumulative risk in different domains is greater for black and Latino youth than for white youth, but the risk factors affecting violence operate similarly across the groups.”

Taylor said the book explains that although boys are more commonly involved in violence than girls, risk factors associated with violence are similar for both.

“These findings call into question the need for racial and ethnic or gender-specific programs that have received considerable attention,” he said. “The findings also suggest that risk factors for violent victimization are different than for offending and gang membership. Risk factors for violent offending and gang membership are similar to one another, but involvement in gangs requires more of a push than does violent offending.”

Esbensen is an expert on youth violence and gangs, evaluation research and cross-cultural research. He has published extensively on those topics and annually holds a daylong conference on youth violence prevention. He earned his bachelor’s and master’s degrees from Tufts University in Medford, Mass., and his doctorate from the University of Colorado in Boulder.

Taylor is an expert on prevention of juvenile victimization and offending and police and citizen relations. He has published several articles on youth violence and gang relations. He earned his bachelor’s, master’s and doctoral degrees from the University of Nebraska.

The hardback book was published by Temple University Press and released in September 2010.