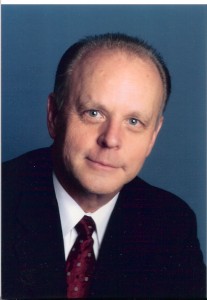 Kent Farnsworth, a longtime educator, decided last year that changes needed to be made in the way American children are educated. He recently retired as the Mary Ann Lee Endowed Professor for Community College Leadership Studies in the College of Education at the University of Missouri–St. Louis and has published a new book that argues for significant school reform in the United States.

“During a trip to Helena, Ark., I stopped at a charter school, Delta College Prep, that is doing extraordinary work with some of the most economically challenged students in the country,” Farnsworth said. “As I was driving back to St. Louis, I kept thinking, why can’t any school district do the same thing, even if it isn’t a charter school – and then (I) realized it could.”

His book, “Grassroots School Reform: A Community Guide to Developing Globally Competitive Students,” maintains that significant school reform in the United States will not happen if left to national or state policy makers, but must be a community-led initiative.

The book, released Nov. 23, is generating debate in education and public policy circles.

“The debate has occurred in pre-release book reviews that I have done with both school and general audiences and has come primarily from teachers in the audiences,” Farnsworth said.

The book opposes tenure for K-12 faculty and is critical of teachers’ unions for being obstructionist. Although the book advocates for higher teacher pay, it argues that longer school days and years are needed, teachers need annual performance-based evaluations and should all have a degree in a discipline, and districts should have the prerogative to hire noncertified teachers if they are otherwise qualified in the subject matter.

Farnsworth said his visit to that Arkansas charter school struck a nerve with him.

“A number of things about Delta College Prep Charter School impressed me,” he said. “The student body is about 98 percent African-American students from some of the poorest families in the state, but these students are topping the state assessment performance charts.

“They have a longer school day, longer school year, rigorous four-year high school curriculum, and Saturday activities every other week,” Farnsworth said. “They are selected by lottery from families who want their children in the school, so aside from family interest, there is no selectivity. They are simply doing what the ‘A Nation at Risk’ study told us 25 years ago we needed to do to improve schools.”

“A Nation at Risk: The Imperative For Educational Reform” was a 1983 presidential report that is considered a landmark event in modern American educational history. Among other things, the report contributed to the sense that American schools were failing, and it touched off a wave of local, state and federal reform efforts.

In addition to sparking debate, Farnsworth’s 224-page book has drawn plenty of support.

Steven Baugh, director of the Center for the Improvement of Teacher Education and Schooling and executive director of the BYU-Public School Partnership at Brigham Young University in Provo, Utah, evaluated the manuscript for Farnsworth’s publisher, Palgrave Macmillan. In his review he said, “Urging communities to take responsibility for their schools, one school or one district at a time, is powerful, as well as unique. This book should be read by all school board members and district superintendents, as well as other school district administrators. School principals should read it. Legislators, especially those on education appropriations and education standing committees … and parents themselves should read it.”

And Farnsworth himself is a pretty strong advocate for his own work.

“This book is about why and how a community should accept responsibility for having an excellent school, then take actions that will lead to that result,” he said.

“Grassroots School Reform: A Community Guide to Developing Globally Competitive Students” is $28 and now available at Borders, Books-a-Million, Wal-Mart and most other major booksellers.