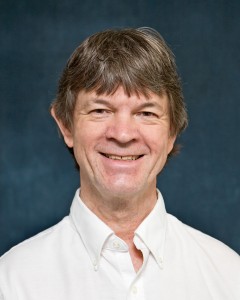 Kenneth Thomas, associate professor of political science at UMSL, wrote the book "Investment Incentives and the Global Competition for Capital."

Governments at all levels have made attracting investment a high priority for decades. Using incentives, however, is rarely a good policy, University of Missouri–St. Louis political scientist Kenneth Thomas points out in his new book, “Investment Incentives and the Global Competition for Capital.”

“What if the government passed a law requiring every business to pay a tax except your competitor’s business? That kind of government meddling in the market goes on every day in America,” Johnston wrote in a column for nonprofit publisher Tax Analysts. “In 200 packed pages, (associate professor) Kenneth P. Thomas, a political scientist at the University of Missouri–St. Louis, documents how tax giveaways to big business are growing around the globe, although the Europeans and Canadians seem to be doing a much better job than Americans at controlling the costs of these deals.”

For example, U.S. state and local governments annually give almost $50 billion in location incentives and more than $70 billion in total subsidies, according to Thomas’ findings. Developing countries often pay even more for investments despite the fact they are less able to afford to do so, Thomas said. While he found investment incentives to rarely be a good policy in general, it was especially bad for countries lacking education and an infrastructure.

The book includes case studies from around the world. It also features Thomas’ analysis of the many methods used to control incentives with an emphasis on the European Union’s comprehensive and largely successful state aid rules. He illustrates this with an extended case study of Ireland.

“European academics and policymakers alike are interested in the issues surrounding the use of subsidies to attract investment, including best practices for controlling those incentives,” Thomas said. “They gave me an enthusiastic and thoughtful reception, leading to some excellent discussions.”

Thomas is an expert on the international political economy, multinational corporations, competition for investment and subsidies. His recent research has included a study on tax increment financing in Missouri, which was published in the May issue of Economic Development Quarterly. He will begin a U.S. book tour later this spring.