Economist to discuss work of F. A. Hayek 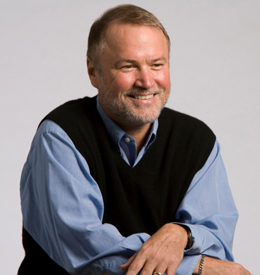 Economist Bruce Caldwell will discuss “The Road to The Road to Serfdom" at UMSL.

Economist Bruce Caldwell will discuss “The Road to The Road to Serfdom” from 2 to 3:30 p.m. April 21 in 331 Social Sciences & Business Building at the University of Missouri–St. Louis.

Caldwell is a research professor of economics and the director of the Center for the History of Political Economy at Duke University in Durham, N.C. He has held research fellowships at New York University, Cambridge University in England and the London School of Economics.

F.A. Hayek was an economist and philosopher best known for his defense of classical liberalism and free-market capitalism against socialist and collectivist thought. He is considered to be one of the most important economists and political philosophers of the 20th century, winning the Nobel Memorial Prize in Economic Sciences in 1974. He wrote “The Road to Serfdom,” which was first published in 1944 by the University of Chicago Press.

In 2007, the University of Chicago Press published “The Road to Serfdom: Text and Documents Definitive Edition,” edited by Bruce Caldwell.

Light refreshments will be served. The lecture is sponsored by the F.A. Hayek Professorship of Economic History at UMSL. The Social Sciences & Business Building is on UMSL’s North Campus, 1 University Blvd. in St. Louis County (63121).