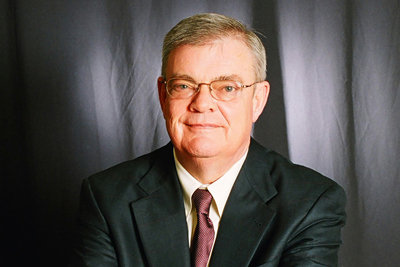 Robert R. Archibald, president of the Missouri History Museum," will discuss "History in the Present Tense" for the 2011 James Neal Primm Lecture in History at the St. Louis Mercantile Library at UMSL.

Robert R. Archibald, president of the Missouri History Museum in St. Louis, will discuss “History in the Present Tense” for the 23rd annual James Neal Primm Lecture in History at the University of Missouri–St. Louis. The lecture will begin at 7 p.m. Sept. 12 in the St. Louis Mercantile Library.

Archibald is a native of Ishpeming, an iron-mining center on Michigan’s Upper Peninsula, which played a major role in shaping his views of community and historical memory. He came to the Missouri History Museum in 1988 after working as curator at the Albuquerque (N.M.) Museum, director of the Western Heritage Center in Billings, Mont., and director of the Montana Historical Society. His books include “A Place to Remember: Using History to Build Community” and “The New Town Square: Museums and Communities in Transition.”

Each year, the James Neal Primm Lecture in History series features a distinguished historian to share his or her current research through public lectures, seminars and informal meetings. It is intended to honor James Neal Primm (1918-2009), Curators’ Professor Emeritus of History at UMSL and the Department of History’s first chairman.

Primm was an active campus leader during the university’s infancy, having co-written UMSL’s bylaws and first 10-year plan. He also wrote numerous books including “Lion of the Valley,” a highly regarded history of the St. Louis region.

Admission to the James Neal Primm Lecture is free, but seating is limited. Reservations are requested at primml@umsl.edu or 314-516-5775.

The St. Louis Mercantile Library is on the North Campus at UMSL, 1 University Blvd. in St. Louis County (63121).