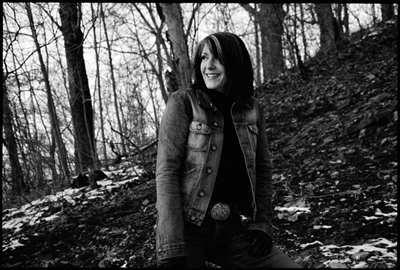 Country star Kathy Mattea will play the Touhill at UMSL on Nov. 4.

Riding the continued success of her latest Grammy-nominated release, “Coal,” Kathy Mattea will bring her country, folk and American roots music to the University of Missouri–St. Louis. She will perform in concert at 8 p.m. Friday (Nov. 4) in the Anheuser-Busch Performance Hall at the Blanche M. Touhill Performing Arts Center.

The show will feature Mattea’s band of stellar musicians in an unplugged, acoustic configuration. They will draw material from her recent traditional folk collection of songs from the coalfields of Appalachia, as well as new twists on her best-loved signature songs such as “Love at the Five and Dime,” “18 Wheels and a Dozen Roses,” “455 Rocket” and “Where’ve You Been?”

Twice named Female Vocalist of the Year by the Country Music Association, Mattea carved out a role for herself in the late 1980s and 1990s as a sensitive yet energetic artist at ease with country tradition and free-ranging innovation. The West Virginia native won her first Grammy Award in 1990, earning the Best Female County Vocla Performance for her moving song “Where’ve You Been.” With close to 30 Top 40 country hits, five gold albums and a platinum-selling greatest hits compilation, Mattea is among the most successful women in the genre’s history.

Tickets for Mattea’s Touhill performance are $35-$60. They are on sale now at the Touhill Performing Arts Center ticket office; online at touhill.org or by phone at 314-516-4949.