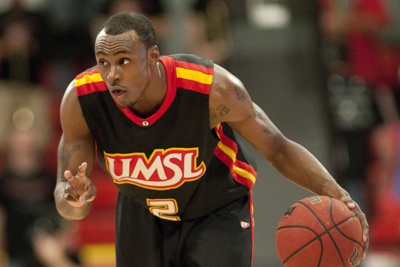 MEN’S BASKETBALL
UMSL started the Great Lakes Valley Conference schedule off on the right note, picking up a pair of road wins last week. The Tritons defeated West Division preseason favorite Drury University (Springfield, Mo.) 78-61 last Thursday (Dec. 1) before posting a 79-70 victory at Missouri University of Science and Technology (Rolla) on Saturday (Dec. 3). Senior Troy Long averaged 28 points, 3.0 rebounds, 3.5 assists and 3.0 steals per game, while shooting 65.4 percent from the field, including 58.8 percent from three-point range. The Tritons now stand at 4-3 on the season.

WOMEN’S BASKETBALL
The UMSL women’s basketball team suffered losses in both of its GLVC openers, including a 100-69 setback at No. 24 ranked Drury University on Thursday and a 67-54 defeat at Missouri S&T on Saturday. Senior Caitlyn Moody averaged 15 points per game, bringing her career total to 999 points. She is looking to become the 12th member of the UMSL 1,000-point club. The Tritons are now 3-3 overall.