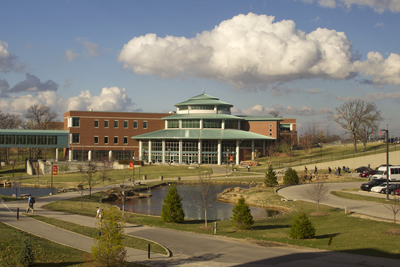 UMSL is considered the safest four-year institution in St. Louis, according to a set of new rankings just released.

When it comes to safety, the University of Missouri–St. Louis campus ranks number one among four-year institutions in St. Louis. The new rankings can be found on the list of Safest Colleges and Universities in the U.S. released by StateUniversity.com, a leading website for college information.

“We are committed to providing our students, faculty and staff with a safe environment in which to learn and work,” said Tom George, UMSL’s chancellor. “This is a safe campus in large part because our efforts have been very proactive and focused on prevention. Everyone plays a role and we are pleased with this national recognition.”

The rankings are based on crime statistics for 450 colleges and universities nationwide. Each institution is assigned a safety rating based on the number of occurrences of aggravated assault, robbery, burglary, theft/larceny, motor vehicle theft, forcible rape and murder on campus. The occurrences are weighed based on the probability of each incident happening to each student, since naturally larger campuses would be expected to have a higher number of total incidents. Violent crime is given more weight in the ranking system and has a greater effect on the safety rating than non-violent crime such as theft.

UMSL’s safety rating in the rankings is 93.79 out of 100 based on crime reports submitted by the university between Jan. 1 and Dec. 1, 2010. The ranking includes the Missouri counties of St. Louis and St. Charles, as well as the city of St. Louis.