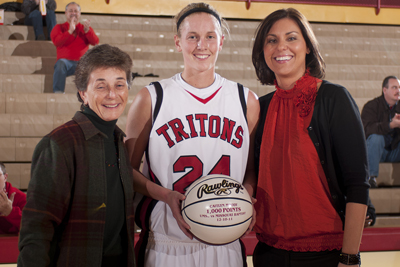 Moody, who finished with a team-high 21 points in the win, became the 12th member of the UMSL 1,000-point club and is the first to eclipse 1,000 career points since Courtney Watts did so during the 2007-08 season. Moody, who entered the contest with 999 career points, scored her 1,000th point at the free throw line at the 19:10 mark to give the UMSL Tritons their first point of the game.

UMSL improved to 4-3 overall with the victory, then slipped to 4-4 with a loss later in the week to Saint Louis University.