The Current, past and present: Student newspaper celebrates 50 years 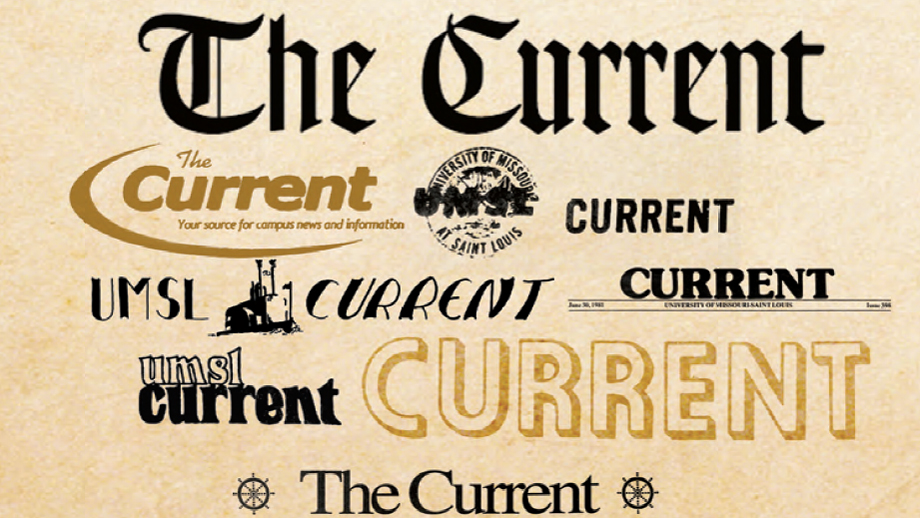 The Current’s masthead has taken on a variety of forms and fonts over the years, from a steamboat-themed version in 1968 to 2016’s commemorative script. (Masthead images courtesy The Current)

Small, independent and nearly as old as the University of Missouri–St. Louis itself, the student newspaper that has regularly filled campus racks since 1966 marks a major milestone this year. And looking back on The Current’s half century of existence, there’s much to applaud: 1,500 (and counting) issues worth of UMSL history, for starters. 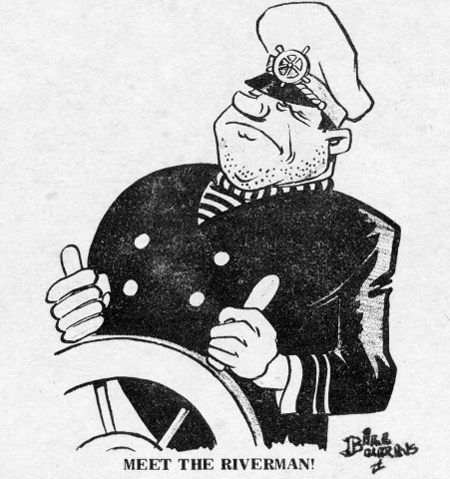 The Current’s first issue, published on November 18, 1966, includes a front-page illustration of UMSL’s former mascot with the caption “MEET THE RIVERMAN!” University Archives’ digitized collections house nearly 1,500 past issues of the student newspaper.

But The Current is more than the persistent weekly product itself, an important and evolving document of the campus and its people. The deep friendships, life lessons and unexpected opportunities the paper has made possible over the past 50 years are also cause for celebration.

“It was really one of the best experiences of my life,” says former editor-in-chief Michelle McMurray, who worked on the paper in the early 1990s while earning her bachelor’s degree at UMSL in 1992 and then a master’s in criminology in 1993. “You just learn so much.”

Her involvement with the paper overlapped with that of Missouri State Treasurer Clint Zweifel, BA 1997, who considers his experience at The Current vital to his own professional development. Pulling together the paper required a lot of independence as well as collaboration week after week. It’s what former editor-in-chief Sharon Lynn Pruitt, BA 2014, describes as “journalism boot camp.”

“Some of my fondest moments were the most difficult moments, to be honest,” says Pruitt, who now writes for Oxygen and other outlets. “The other editors and I spent a lot of late nights putting the paper together. It was hard work, and I’d be going home at like 1 a.m. on a Sunday night. But even though I had a Monday morning class and was totally exhausted, I’d still be feeling really pleased and just content. That’s when I knew that this was something I wanted to stick with.” 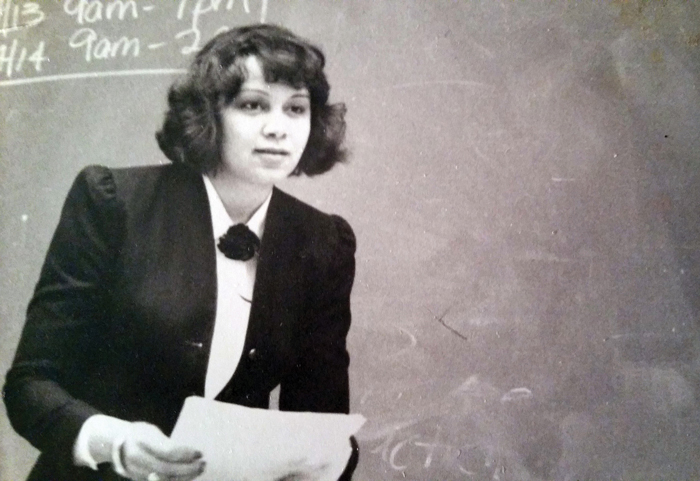 Many former Current reporters, photographers and editors have continued on in the field, which may seem surprising, since UMSL doesn’t have a journalism program.

“The Current is unique in that there’s only one way to learn journalism at UMSL, and that’s to work at The Current,” notes former editor-in-chief Josh Renaud, BA 2003, who also began working for his current employer, the St. Louis Post-Dispatch, in college. “For the right student, because The Current is a relatively small paper and it’s independent, you really have a chance to learn everything.”

Veteran photojournalist Wiley Price says he got exactly the training he needed at The Current, where he first started taking pictures in the spring of 1979 after being given a 35mm camera for Christmas. 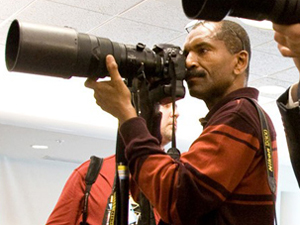 Photojournalist Wiley Price moved on from The Current to work for The St. Louis American. (Photo by August Jennewein)

“I had a great start at UMSL,” says Price, who majored in music but eventually left the university to pursue a job at The St. Louis American. Like many other Current alumni, he didn’t enroll at UMSL intending to get involved at the student paper. But the photo editor at the time, Romondo Davis, asked him to give it a try and introduced him to the wonders of the darkroom.

“I said, ‘Sure,’” Price recalls. “If it hadn’t been for him, I probably never would have worked for The Current.”

Beginning with what seems a minor decision to give it a try, such involvement has often grown into a major commitment for UMSL students over the years – and a centerpiece of their experience on campus.

“I still remember walking into the Blue Metal Building and saying I’d like to volunteer to write stories,” says Zweifel, who soon was spending countless Sunday nights dealing with a wax machine, exacto knife and other tools of the ever-evolving trade. “I think about the process now and how it compares to that, and it makes me chuckle a bit.” 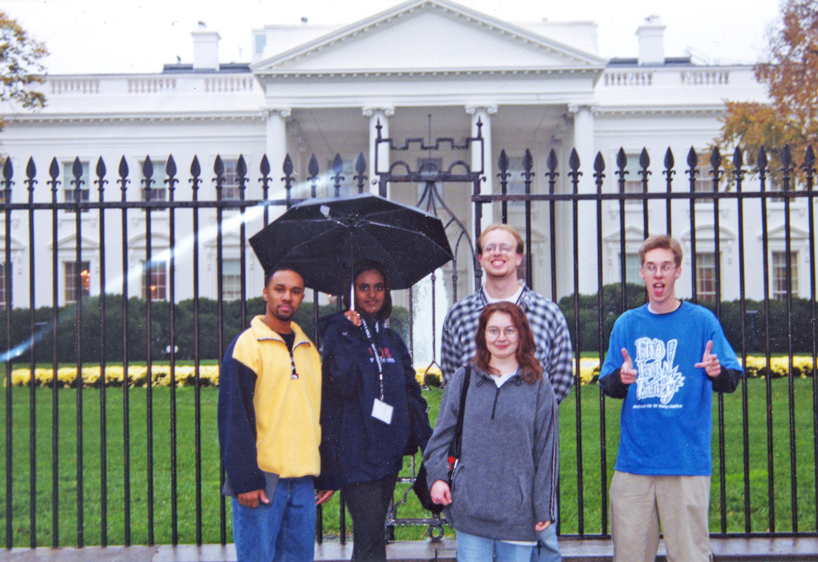 But to hear contributors past and present tell it, investing all of that energy has proved well worth the effort.

“While the classes that I had at UMSL were valuable,” says Renaud, “even more valuable was the time I spent at The Current, practicing my craft.”

Along with crucial skills, Current staff members have gained close friends and even spouses in a few cases.

“There’s just some very close bonds,” says McMurray, who also points to interviews with Tipper Gore and Jacques Cousteau plus press passes to U.S. presidential campaign events as highlights during her time with the paper. “And every now and then, I go by The Current office and introduce myself, see how things are going. It’s neat seeing how the paper has evolved.”

Its former and current contributors have seen themselves change as well. UMSL alumna Kim Hudson, BA 2000, host of Fox 2’s “9AM show” on Channel 2 in St. Louis, says it was during her Current years that she came out of her shell. 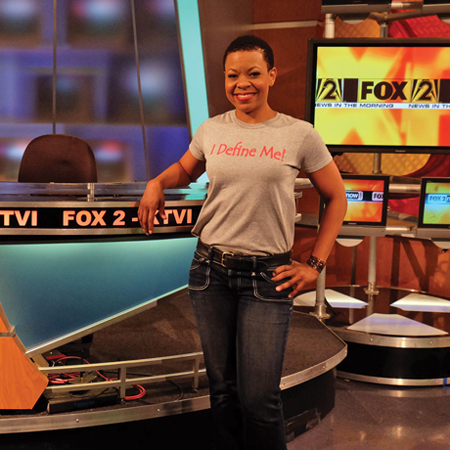 A familiar face on KTVI (Channel 2) as host of Fox 2’s “9AM show,” Kim Hudson, BA 2000, is one of many Current alumni who have gone on to become professional journalists. (Photo by August Jennewein)

“I learned that sometimes you have to risk rejection to get what you want – I wanted a quote,” Hudson says. “So, I had to approach people. I had to put in that work. I also learned that I am a decent photographer. Once, I took pictures of a UMSL nursing student fighting his own brain tumor while he toured Children’s Hospital … That opened new possibilities for me.”

Click through the online archives of The Current’s 49 (and soon to be 50) volumes, and a vivid picture of the last half-century appears. In addition to capturing UMSL history, The Current offers a glimpse into broader, shifting cultures and contexts.

Its timely coverage during the fall of 2014 is just one recent example. The Current’s present editor-in-chief, Kat Riddler, was still adjusting to a new role as news editor when Michael Brown was killed in nearby Ferguson, Mo., in August 2014. As the St. Louis region loomed large on the world’s radar, Riddler and other members of The Current crew got busy. 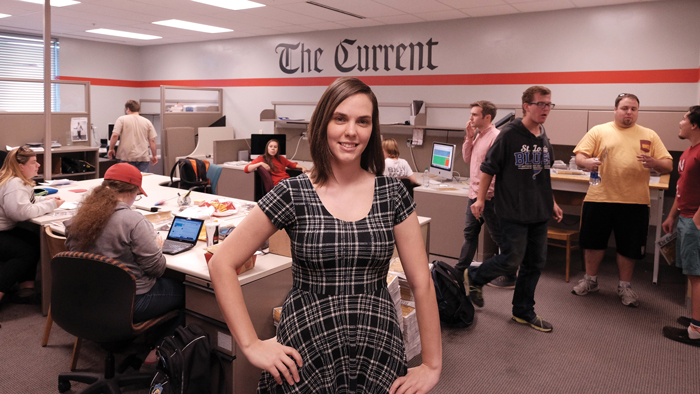 Graduate student Kat Riddler, editor-in-chief of The Current, leads weekly meetings where the student newspaper staff members discuss what’s working well and what they can further improve on. (Photo by August Jennewein)

“I had to learn about my job very quickly and adapt my writing to relay facts,” says Riddler, a graduate student in the Department of English who earned her bachelor’s degree from UMSL in 2014. “In many ways the national news media was feeding people their opinion, making for a very tense community climate. I decided to condense all of my reporting for a timeline for students for the first issue that semester.”

Riddler has seen The Current make strides and overcome new challenges in recent years. She says she’s especially proud of the paper’s expanding online presence and podcast collaboration with the U, UMSL’s student-run radio station.

For Renaud, who has watched with interest and affection as The Current fords ups and downs, the paper continues to be “really kind of a strange beast on campus” – as well as an essential one.

“Like any organization that has been around 50 years,” he adds, “it has a colorful history.”