After graduating with her MFA degree, Serenity Dougherty will pursue her PhD at the University of Nebraska-Lincoln beginning this fall. Her research will look at writing, identity and comedy with a focus on the #MeToo movement. (Photo by August Jennewein)

Getting accepted into a PhD program is tough. Applicants must have high grades and test scores along with strong research experience, and most universities admit only a handful of students.

This year, the Department of English at the University of Missouri–St. Louis is celebrating four of its students being accepted into PhD programs.

After graduating with their master’s degrees, Serenity Dougherty, Dora Holland, Devon Pham and Nicole Ramer will pursue postgraduate degrees at universities around the country.

UMSL Daily caught up with the graduates to discuss their research, future plans and their time at UMSL.

Dougherty is passionate about teaching and stand-up comedy, and she combined both during her time at UMSL.

During her time at UMSL, Dougherty was active in the Sigma Tau Delta English honor society and served as president of the Graduate Writers Association. She also studied abroad in Ireland with Eamonn Wall, Smurfit-Stone Corporation Professor of Irish Studies, and participated in the Digital Media and Composition Institute at The Ohio State University last spring.

Her experiences as a stand-up comedian in the local scene inspired her thesis, a fiction novel about comedy and the #MeToo movement. Dougherty plans to study stand-up comedy and rhetoric during her PhD program at the University of Nebraska–Lincoln and throughout her career.

“Comedy has been historically a male-dominated profession,” she said. “There’s a lot of issues that come with being a woman in comedy. With the #MeToo movement, a lot of stories that came out were about famous comedians. It led me to ask questions about the connection between comedy, identity and writing. It’s a new and emerging subdiscipline, so there’s a lot of work that needs to be done.”

She will continue teaching while pursuing her PhD, striving to practice what she considers to be ethical teaching by drawing from concepts such as universal design. It focuses on making courses accessible for all students to create an inviting space to learn. For instance, students are encouraged to use laptops in class if it helps them retain information.

She credits faculty members in the Department of English for being a source of inspiration and support.

“I see all these professors rising to the challenge to be as accommodating as they possibly can in order to make the experience the best it can be for students,” she said. “I’m really grateful I got to be here with them. I’ve found nothing but amazing support when I’ve come to people with questions and concerns and wanting to do something.” This fall, Dora Holland will head to the University of Louisiana at Lafayette, where she will compose a fantasy novel that incorporates Pacific Northwestern folklore and work toward her PhD. (Photo by August Jennewein)

Holland may have graduated, but she’ll take a piece of UMSL with her to the University of Louisiana at Lafayette in the form of a cat.

One of Holland’s favorite memories from her time in the MFA program is walking outside during a break in Associate Professor Suellynn Duffey’s class and discovering a kitten hiding in a bush near Clark Hall. A devout cat person, it didn’t take long for Holland to adopt the kitten.

In addition to a furry friend, she gained a broad range of writing skills during her time at UMSL, which she uses to create fiction. Her passion lies in writing fantasy and science fiction, as well as a recent interest in horror stories. At UL Lafayette, she’ll work on a fantasy novel that incorporates Pacific Northwestern folklore.

But a love for stories was something Holland discovered long before college and even before elementary school.

“My mother has told me that when I was 4 or 5, I would dictate stories and have her write them down for me,” she said. “I think this naturally progressed into me writing them down myself once I learned how to write, and from then on, I have always written.”

Her PhD program will give her the chance to both hone her craft and teach writing to others. She’s had experience as an UMSL TA and a tutor at the Writing Center. She also served as vice president of the Graduate Writers Association.

Holland hopes to spend her career teaching creative writing at a university. She’s got her sights set on the West Coast – a long way from both Lafayette and St. Louis but a perfect destination for the road trip enthusiast. Devon Pham has been accepted into a PhD program at the University of Pittsburgh, where she will use digital media to explore intersections of identity and composition. (Submitted photo)

Pham’s career trajectory was set when, as a high school student, she discovered how powerful the written word could be. It stoked a passion that will soon lead her to the University of Pittsburgh.

“It only took one amazing class for me to see that important and meaningful conversations were being opened up through writing,” she said.

As Pham progressed from a student in high school English classes to teaching first year writing at UMSL, her focus turned toward rhetoric.

“I love playing with digital media in my writing and using different modes to present research and writing,” she said. “I especially like writing that lets me explore intersections of identity and composition.”

During her time at UMSL, she enjoyed traveling to conferences with faculty members and her fellow teaching assistants. The standout moment was attending the Digital Media and Composition Institute at The Ohio State University, which she described as “absolutely amazing.”

Pham first came to UMSL as an undergraduate student and knew its master’s program would prepare her for the challenges of earning a PhD. Throughout graduate school, Duffey and Assistant Professor Lauren Obermark served as Pham’s mentors.

This fall, she will begin working toward an English PhD in critical and cultural studies, focusing on the ties between identity and composition. Digital media will play a prominent role in both her writing and research.

“Long term, I hope to finish my PhD and find a job doing what I love in rhetoric and composition,” she said. “Wherever I end up, I’m excited to be able to teach more great students and continue research in composition.” Nicole Ramer is passionate about public rhetoric and plans to focus on community writing while working toward her PhD at the University of Wisconsin-Madison. (Photo by Kelly Jokerst)

Ramer’s UMSL experience started with a cup of coffee. When she reached out to Duffey, the associate professor took time to meet with Ramer and discuss her interests and goals.

Ramer had been teaching as an adjunct and was considering where to take her next educational step.

“I was going back and forth about whether to apply for a PhD program,” she said. “Although I had read a lot about rhetorical theory and composition theory, I didn’t feel like I was ready. One of my colleagues at the time said, ‘I loved UMSL. Maybe take a couple classes there.’”

Through a TA position, she was able to hone her teaching skills while learning about rhetoric.

“It gave me the chance to get to know everybody in the English department and my own cohort as well,” she said. “Navigating through graduate education is really hard if there’s no one to show you what to do. The faculty were so invested in my work and my future.”

Ramer, a political science major during her undergraduate years, was already working as an adjunct faculty member when she discovered rhetorical theory. Once she came to UMSL, Obermark served as her advisor and mentor and helped her tap into a passion for public rhetoric.

That passion will take Ramer to the University of Wisconsin–Madison, where she will focus on public writing during her PhD program. In the future, she hopes to teach college courses while working on political campaigns and policies that deal with education, disability and communities.

“I love that rhetorical theory opened up the space so that both public policy and composition can integrate together,” she said. “The big thing with my scholarship is making sure that what I’m looking at isn’t just stuck behind academic walls. I’m part of the community, and we’re reaching out and bridging.” 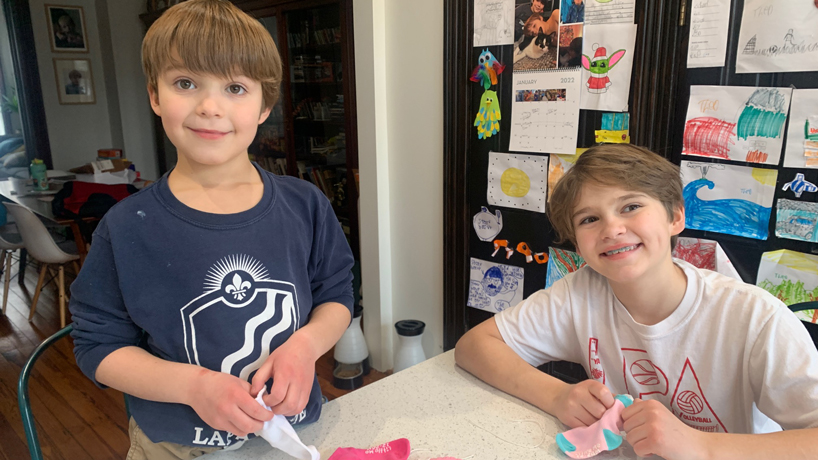 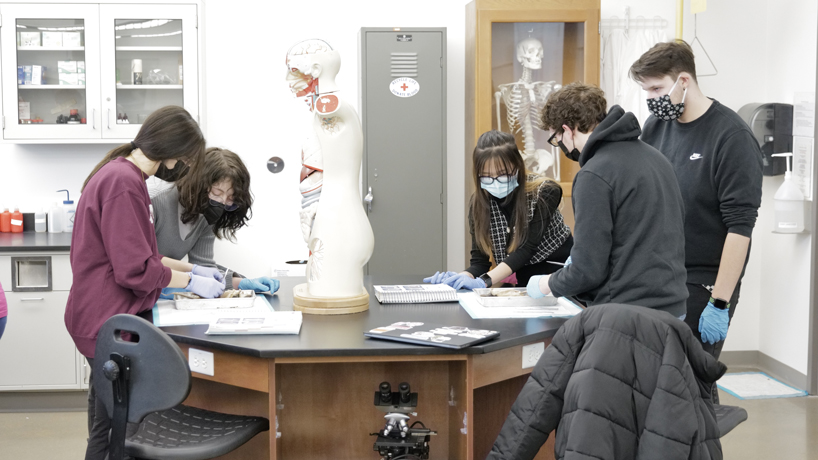 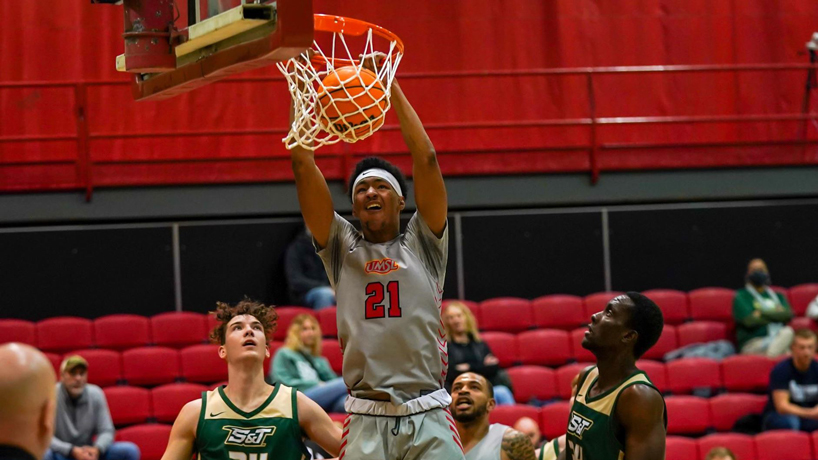 With the help of UMSL Global, this year’s international students are prepped for success