Distinguished Professor of Chemistry and Biochemistry George Gokel won a Midwest Biomedical Accelerator Consortium award that will help his group, Upaya Pharmaceuticals, advance their research, which is aimed at combating antibiotic resistance. (Photo by August Jennewein)

At the beginning of the year, Distinguished Professor of Chemistry and Biochemistry George Gokel found himself back in class – but not in his regular role as a faculty member at the University of Missouri–­St. Louis.

This time, Gokel was the student.

He was taking part in an entrepreneurship bootcamp as part of the buildup to applying to the Midwest Biomedical Accelerator Consortium, a four-year, $3.9 million partnership among the University of Missouri System, the University of Kansas Medical Center, Kansas City and the National Institutes of Health. Its goal is to provide funding, training and education to speed the process of emerging health technology from academic research to viable commercial enterprises.

“We had a textbook and, since it’s crazy 2020, we had to do everything by Zoom,” Gokel said. “This went on for about five months. We had homework assignments; we had individual discussions about the homework assignments. It was not only useful but fairly intense, and we spent a lot of time on it.”

At the end, his team – along with 17 other groups – presented a proposal based on what they’d learned in front of a MBArC panel in April. By August, Gokel learned their project, “Non-resistant Combination Antibiotic for Hospital Acquired Pneumonia,” had been selected to be one of the five funded. The resulting $200,000 award will help them progress their novel adjuvant created to help combat antibiotic resistance to the point where they hypothetically will be eligible for Small Business Innovation Research funding.

The problem at the heart of Gokel’s group Upaya Pharmaceuticals’ research is the growing antibiotic resistance crisis, on which the World Health Organization and the Centers for Disease Control have issued major and urgent reports.

“It’s mostly a problem of the evolution of bacteria,” Gokel said, explaining that one of the main contributors was the over prescription of antibiotics and individuals not using the full course prescribed. “That meant that only the most resistant bugs were still alive. Maybe there weren’t enough of them to cause real damage. But as they reproduced and were transferred to other people, they became more and more resistant as they evolved.”

That’s required the development of new antibiotics but also the creation of adjuvants, medicines co-prescribed that help boost the efficacy of the drugs. One that’s currently on the market, Augmentin, helps prevent bacteria from destroying one of the chemical rings of penicillin.

Gokel comes at the problem from a different angle. His technology, which can complement a variety of antibiotics, is an artificial ion channel that makes bacterial membranes easier to puncture so that more antibiotic gets in.

His group holds several patents on the technology, including two issued this year. They include “Molecules that Inhibit Efflux Pumps in Multi-drug Resistant Bacteria and Uses Thereof,”  and one this month, “Enhancement of Antibiotic Efficacy.” Gokel’s co-inventors are UMSL Research Associate of Chemistry Mohit B. Patel, an alumnus who earned his PhD in 2016; Saeedeh Negin, post-doctoral fellow in chemistry; and Michael R. Gokel, an electrical engineer who holds a courtesy appointment at UMSL and is Gokel’s son.

The next step for the technology is to complete animal testing.

“We’ll do what’s called a panel,” he said. “We’ll answer all those sorts of technical questions that are important for someone who we hope one day will prescribe it to people. The grant is going to allow us to pay salaries and pay for the animal studies. We’ll be able to make some new compounds that may be more potent, more effective, safer.”

At that point, the technology should be ready for SBIR funding from institutions such as the National Science Foundation or the NIH.

That’s one step closer to commercializing the product, fulfilling the goal of the MBArC award. If all goes well, Gokel anticipates the time to first human trials will take between three and five years. 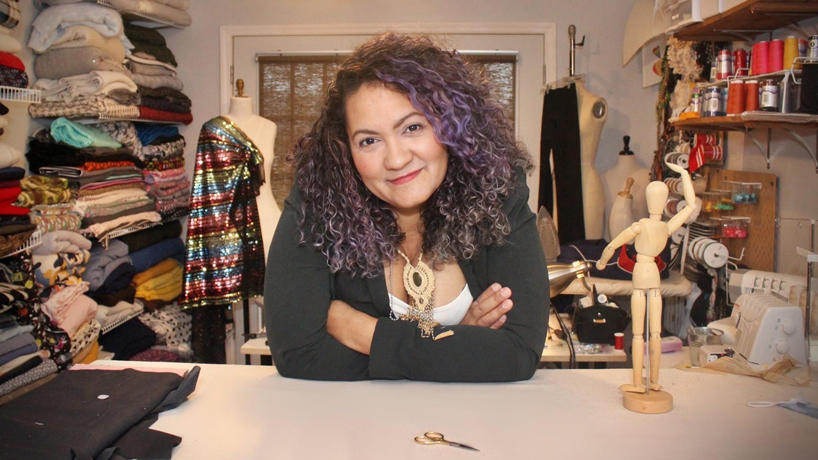