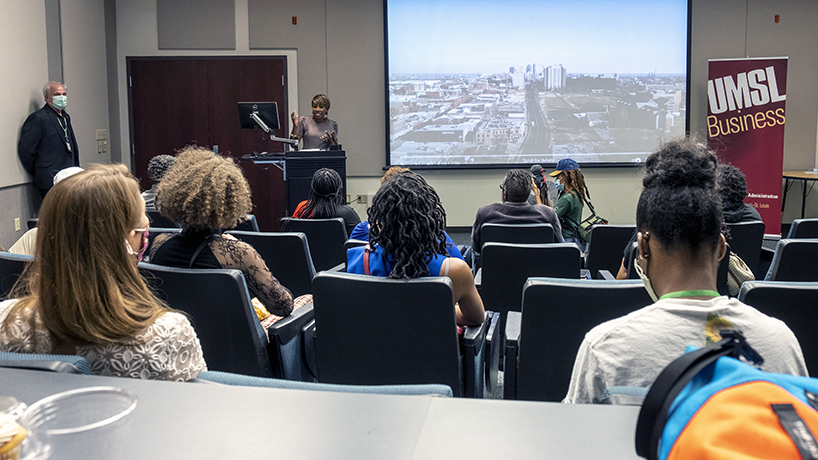 University of Missouri–St. Louis Accelerate launched the second round of its Diversity, Equity and Inclusion Accelerator alongside big dreams with a three-hour event on Wednesday.

More is the theme going into the second year: more impact, more founders and more space in which to accomplish those first two goals.

“We’re just hoping for more impact,” she said. “We had success the first year, but we want more success for our founders. We want to fund more founders. So we’re not done fundraising. We were able to fund six last year, but we would love to get to seven this year.”

Applications for the second cohort opened on Sept. 29 and will close on Oct. 29. The top teams will be invited to pitch their businesses and ideas during a Nov. 18 event and the winners will be announced on Dec. 8.

Bynum pointed to some of the significant successes of that first year, such as learning to be effective in a virtual setting, and to the impact the program had on the founders’ businesses, such as the Fattened Caf expanding its reach to 67 Schnucks stores and Heru Urban Farming being asked to be on the USDA Urban Agriculture Committee.

One of the first-round founders, Michelle Robinson of DEMIBlue Natural Nails & Creative, noted the impact the program had on her business. 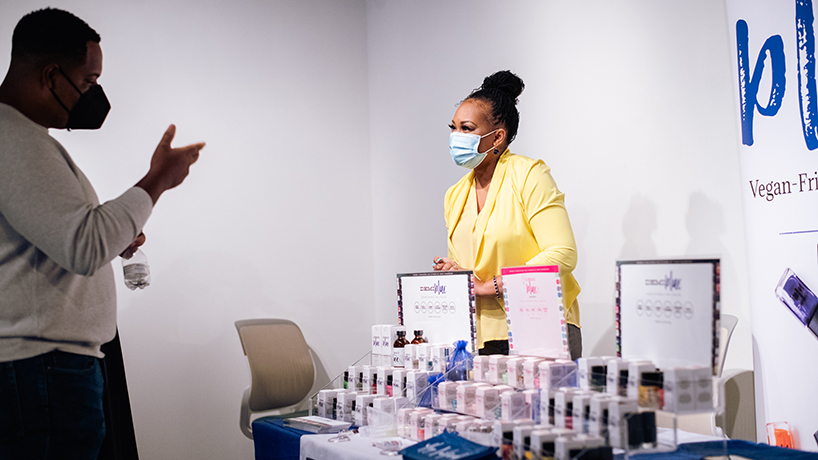 “Although I already had a master’s degree in business, I still was missing a lot of fundamentals,” she said. “The accelerator really helped me because it tapped into those areas, like third-party logistics, supply chain management, CPG, packaging, and things like that, that I did not have experience with.

“Those were some of the biggest takeaways for me, and the money allowed me to expand on my branding and my packaging. It allowed me to hire contractors to work with me. It connected me to mentors that I’m still working with as of today.” 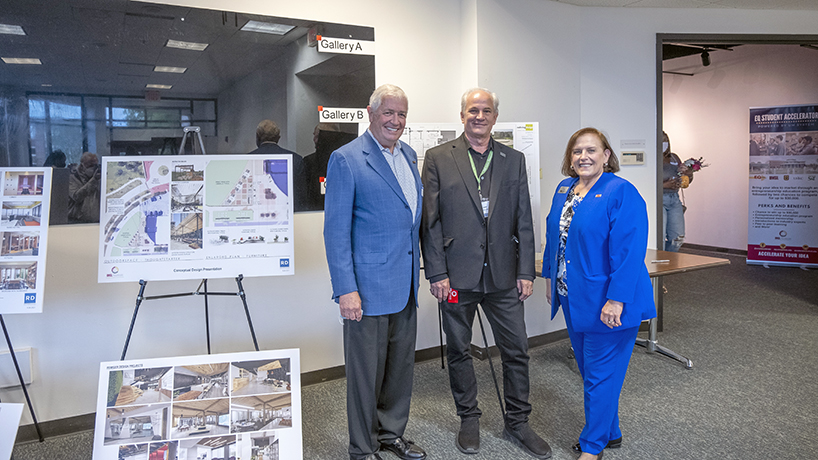 That includes the DEI Accelerator but could also grow to encompass new efforts such as a financial technology accelerator or a creative arts accelerator.

“The vision behind this building is creating an interesting, engaging space where students linger and collaborate,” he said. “We want spontaneous collision.”

Lauer sees spaces such as a light-filled lounge with free coffee and snacks for students, games and whiteboards; a shark-tank like pitch area; work spaces; a maker space for product development; and an outdoor space that would naturally flow into the footprint of the Blanche M. Touhill Performing Arts Center’s grounds.

The space would not only be useful for the accelerators but also for classes for undergraduate entrepreneurs. Lauer envisions offerings such as a capstone class where students pitch their ideas and a product development class.

The DEI Accelerator and the potential from the new space is in line with UMSL’s commitment to building workforce development and inclusive excellence in the region.

“What I love is that UMSL gets to lead from the front,” Lauer said. “The dream is, ‘How do you engage students, faculty and alumni, to help the region grow entrepreneurship?’

“These accelerators, they work because they’re a concentrated, focused piece of energy. You add curriculum with networking with business development to really accelerate companies. But what’s novel for UMSL is we’re the first university-led accelerator in the country to do these kinds of things.”

Learn more or apply to the second DEI Accelerator.