Jason Cannon, visiting assistant professor of theater at UMSL, looks on as Father Flynn while Kim Furlow suspects the worst as Sister Aloysius in “Doubt.” Both actors received Kevin Kline Award nominations for their roles.

Jason Cannon, visiting assistant professor of theater at the University of Missouri-St. Louis, earned a pair of Kevin Kline Award nominations Friday (Jan. 15) for his work on Dramatic License Productions’ inaugural production, “Doubt.” He was nominated for Outstanding Lead Actor in a Play for his portrayal of Father Flynn and Outstanding Director of a Play.

The Kline nods mark Cannon’s fourth and fifth. He is going for his first win. But even if his name isn’t called at the 5th annual ceremony on March 22 at the Loretto-Hilton Center for the Performing Arts in Webster Groves, Mo., that’s fine by him.

“The production was an artistic, critical and commercial success,” said Cannon, a resident of St. Louis’s Tower Grove East neighborhood. “Anything beyond that is gravy, and that includes my two nominations — particularly because my nominations depend so much on the work of others, especially the playwright.”

“Doubt” garnered a total of five Kevin Kline Award nominations, including Outstanding Lead Actress in a Play, Outstanding Production of a Play and Outstanding Ensemble in a Play. The latter rewards the entire cast for their work. Aside from Cannon, the “Doubt” cast included Leah Stewart, a senior theater major at UMSL, as Mrs. Muller.

The play, the first put on by Dramatic License Productions, was written by Pulitzer Prize winner John Patrick Shanley and staged locally from July 30 through Aug. 15 in the Kranzberg Arts Center Black Box at Grand Center in St. Louis. Set in 1964, the drama is about a Bronx, N.Y.-Catholic school nun’s unwavering suspicions that a parish priest sexually abused an altar boy. “Doubt” has been performed on Broadway and throughout the world. A movie adaptation was released in 2008.

For the St. Louis production, Cannon savored his dual role.

“As a director, the play attracted me because it’s just beautifully written and constructed. There isn’t an ounce of fat on the script; everything drives the story forward, increases the tension, turns the screws and the ending is just such an incredible payoff. It’s a masterpiece,” he said. “As an actor, why wouldn’t you want to play this role? You get a couple of juicy monologues, you get to be tender and earnest in one scene, furious and intense in another. You dream of roles like these. Roles that test you and grab you by the lapels and lift you off your feet and slap you around and demand that you not mess them up. Roles that teach you how to be a better actor.”

The comedy “Love Song,” Cannon’s latest work, can be viewed through Sunday (Jan. 24) at the Gaslight Theater in St. Louis. He is directing the St. Louis Actors’ Studio production, which features the involvement of two UMSL students: Adam Perkins (assistant director and props) and Thatcher Hallock (acting in the role of The Waiter). Cannon will next direct the UMSL spring production, “The Importance of Being Earnest.” The play will run March 4 through 6 and 10 through 13 in the E. Desmond and Mary Ann Lee Theater in the university’s Blanche M. Touhill Performing Arts Center. 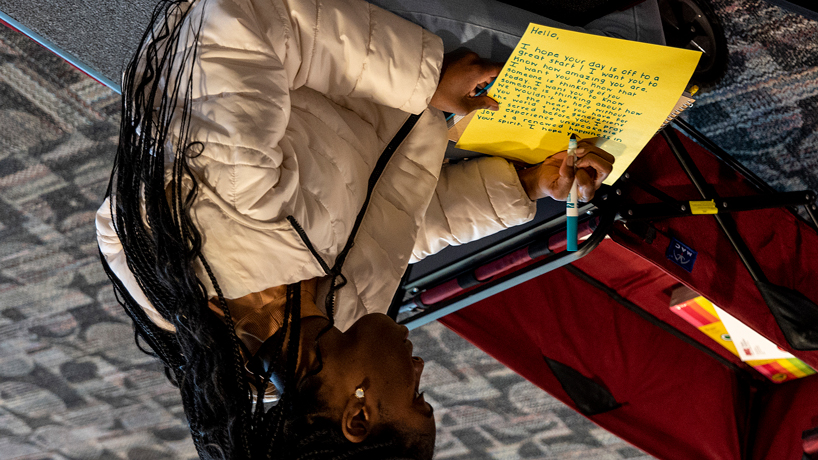