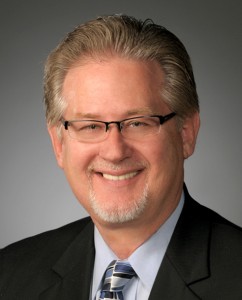 The board of directors of the Center of Research, Technology and Entrepreneurial Exchange has announced the appointment of Dennis E. Lower as its new president and chief executive officer.

Lower currently serves as vice president of planning and development and director of InterTech Science Park for the Biomedical Research Foundation of Northwest Louisiana.  He will start at CORTEX in May.

The origins of CORTEX date to 2001, when Bill Danforth, chancellor emeritus of Washington University in St. Louis, joined together with a group of St. Louis-area business and civic leaders to found the Coalition for Plant and Life Sciences. The nonprofit group began with a goal to jump-start the region’s nascent biotechnology industry by providing new and mature companies with increased access to financing and up-to-date facilities, and capitalizing on the existing world-class science in St. Louis.

Following the initial scoping, CORTEX was formally initiated in 2002 by a nonprofit consortium of Washington University, Saint Louis University, BJC HealthCare, the University of Missouri–St. Louis and the Missouri Botanical Garden.  To date, CORTEX has acquired 30 acres and developed and fostered two major buildings in the corridor along Forest Park Avenue in St. Louis between the Washington University Medical Center and Saint Louis University:  a $36 million, 100,000 square-foot post-incubator, multi-tenant facility, which is home to Stereotaxis and other companies, as well as a $60 million, 170,000 square-foot facility, which is occupied by the Solae Company’s global headquarters.

Prior to his current position held since 1998, Lower served as executive director of the University Heights Science Park in Newark, N.J., from 1995 to 1998.  From 1986 to 1994, he served in various leadership roles at the Casino Reinvestment Development Authority in Atlantic City, N.J., and from 1981 to 1986 he was the founder and executive director of the National Shared Housing Resource Center in Philadelphia.  He holds a Bachelor of Arts degree in philosophy from Wheaton College in Illinois and a Master of Divinity degree from Gordon-Conwell Theological Seminary in South Hamilton, Mass.

Lower will report to the board of directors of CORTEX.

“CORTEX has made significant progress by acquiring significant tracts of land within its district, gaining board of aldermen approval for a 185-acre redevelopment area, forging strong relationships with civic, business and academic partners, and raising in excess of $60 million of capital funds,” said John Dubinsky, chair of the CORTEX board who previously served as the organization’s initial president and CEO. “Mr. Lower is the ideal person to be the executive leader to take this enterprise forward and transform the area into a self-sustaining urban bioscience district that attracts and supports a growing number of businesses.”

The search process was managed by the firm Isaacson, Miller headquartered in Boston.

“Working with IM, the committee did a most thorough job in seeking the very best candidates across the nation for this position that is so important to the growth of the region with respect to biotechnology and the life sciences,” said Tom George, chancellor of the University of Missouri–St. Louis and chair of the search committee. “We are indeed pleased that we have been able to attract Dennis, who has superb credentials. We enthusiastically welcome him to CORTEX and to the St. Louis region.”