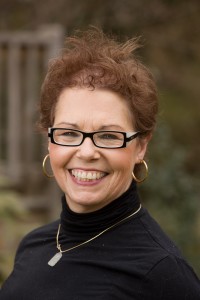 You can survive a breast cancer diagnosis. That’s what Margaret Barton-Burke, the Mary Ann Lee Endowed Professor of Oncology Nursing at the University of Missouri–St. Louis, wants black women to know. And with her research, she hopes they can survive with an improved quality of life.

Heading up The Black Women Breast Cancer Survivor Project at UMSL through a grant from the Susan G. Komen for the Cure Foundation, Barton-Burke is researching disparities in the resources available to black women and their needs after diagnosis.

She has found that everything from good wigs and appropriately colored lymphodema garments – a supportive sleeve worn after lymph nodes are removed from under the arm – to how women handle the news of their diagnosis and their spirituality are all areas that need more attention by health-care professionals.

“Many African-American women did not know how to navigate the hospital system. They were not sure what was covered by insurance and what was not. We called this finding a lack in social and economic capital,” Barton-Burke explained. “That was an important finding for us.”

Her research also showed many black women have a strong network of female friends for support, but have trouble accepting help and try to portray an image of strength by not letting other people help them if they need it.

“We call it the ‘Myth of Strong Black Women’ because it’s hard for them to give over family responsibilities to other people during their treatment and recovery,” Barton-Burke said.

Her current research was an outgrowth of her dissertation on white women who are breast cancer survivors.

“I felt I didn’t have enough of an understanding of different cultures and ethnic groups’ responses to breast cancer and started researching African-American women. Once I began this work, I got engaged,” Barton-Burke said. “The research is only beginning with black women survivors.”

Women are considered survivors the day after their diagnosis, Barton–Burke said, using the definition from the National Coalition of Breast Cancer Survivors.

So far, she has completed two studies. One examined women’s experiences with breast cancer and the second looked at their quality of life after diagnosis. For the latter study she interviewed 144 women, the majority of whom were from the St. Louis metropolitan area.

Barton-Burke plans to look at intervention in her third study and is reaching out to women to see if a support group through UMSL is wanted.

“We’re having a Sister Survivorship Social in August to bring survivors together and see if they want a more formalized support group,” Barton-Burke said.

UMSL also is sponsoring the second annual “Knowledge is Power” conference for the St. Louis community on Nov. 6. With KMJM (104.9 FM) and KATZ (1600 AM), the university is sponsoring Sista Strut, a breast cancer walk Oct. 2 specifically for African-American women.

“We are pleased to be working with community members in St. Louis,” Barton-Burke said. “There is so much work to do be done and I know I can’t do it all, but it is my hope that I can at least make a small mark and make a difference in the lives of women here.”