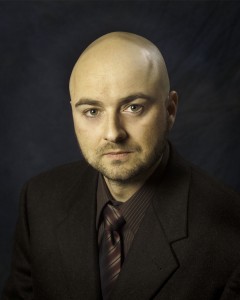 Cudnik has served as the Saturday morning host of St. Louis Public Radio since 2003, and recently was named the broadcast voice of Classical 90.7 KWMU-3.

A 17-year broadcast veteran, Cudnik attained the number one-ranked radio program in Philadelphia and was nominated for two Philadelphia AIR Awards including “Best Field Reporting” for coverage of ‘Woodstock 99’ in Rome, N.Y. and “Best Evening Program Host” at the heritage rock station WMMR (93.3 FM). He has served as the host of several live radio broadcasts including concert coverage of The Rolling Stones, U2, Bruce Springsteen, Pearl Jam, R.E.M. and the Tibetan Freedom Concert from Washington, DC.

“I am thrilled to be chosen as the host of this exciting new collaboration between these two great St. Louis institutions,” Cudnik said. “I look forward to the new SLSO season and broadcasting live from historic Powell Hall.”

In addition to his radio work, Cudnik is an Emmy Award-winning producer having been honored in 2008 for “Best Historical Documentary” for the Higher Education Channel’s film “Seeking Freedom.” The documentary also earned him two 2009 Telly Awards. His biographical profiles and interviews are regularly featured on HEC-TV and in the St. Louis Beacon. His photography received national exposure in 2005 in Pointe & Dance Magazine and this inspired the creation of his first independent documentary called “Enduring Tradition: Ballet in the Heartland.” His second documentary, “Collective Improvisation” featuring the story of jazz in St. Louis, earned Cudnik one of three 2009 Telly Awards. Recently, Cudnik directed “Wallace Herndon Smith: Artist without Boundaries” (premiered at the Sheldon Concert Hall in the spring of 2010), “Footsteps Into the World Beneath” (premiere scheduled for March 2011 at the Missouri History Museum) and a Native American-archaeology documentary called “Uncovering Ancient Saint Louis” (premiered in 2009 at the Missouri History Museum, and on The Archaeology Channel and aired on PBS affiliates in St. Louis, Southern Illinois, Springfield, Mo., and Topeka, Kan.).

Cudnik, a native of Baltimore resides in Florissant, Mo., with his wife, Jennifer, and daughter, Elsa Rosemary.