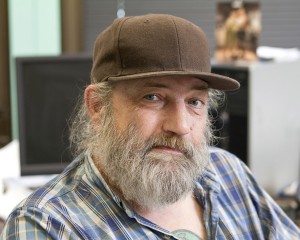 Robert Bursik’s research on social disorganization has shaped the field of study for the last 20 years.

In the 1970s and 80s, University of Missouri–St. Louis criminologist Robert Bursik’s research on the social disorganization of crime was not the talk of his field. In fact, he said other criminologists called him “nuts” and looked down on his work. But times have changed, and his work is the focus of a new study examining its effect over the last 20 years on neighborhood crime research.

“I was shocked,” said Bursik, Curators’ Professor of Criminology and Criminal Justice at UMSL, about the paper, “Problems & Prospects Revisited: Bursik’s Mark on Chicago-Style Criminology,” which was published in the September issue of the Journal of Criminal Justice Education.

The study, conducted by Karen F. Parker, professor of sociology and criminology at the University of Delaware in Newark, and University of Delaware doctoral candidate Heather Zaykowski, examines how Bursik’s study “Social Disorganization and Theory of Crime and Delinquency: Problems and Prospects,” which was published in 1988 in Criminology, has effected all neighborhood crime research since.

Zaykowski and Parker’s study looked at Bursik’s work and how his findings have been a starting point or discussion in all published work since 1988. They found that 90 percent of all authors who had published on the topic since “Problems and Prospects,” felt that Bursik’s work was valuable and impacted their own study.

“I knew it had an effect, but I had no idea just what kind of an effect,” said Bursik, a resident of University City, Mo. His modest character won’t allow him shine the limelight on himself. “I feel privileged to work here in this department. (This study) just makes me a little more level with my colleagues, who are amazing leaders in their fields. This department is rated nationally, and the faculty is known internationally.”

Bursik said he’s proud of his 1988 study, and has continued to expand about that research in his work since then. Looking back on that study, however, he said there were some theories he was right about, and others, he admits, were a bit off.

“I overstated the roles of networks,” he said. “However, I’m proud of the emphasis I put on the need for longitudinal tracking over time and the need to more carefully define the effects of outside influences, such as politics.”

Bursik’s research generally focuses on the relationship between neighborhood dynamics and crime rates. He also has examined self-control and crime, offense specialization and the statistical modeling of crime trends. He’s a fellow of the American Society of Criminology and previously served as the organization’s president, as well as two terms as editor of its flagship journal, Criminology. In 2005 he received the Herbert Bloch Award from ASC.