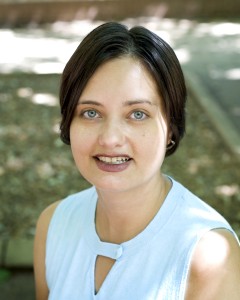 Farida Jalalzai, assistant professor of political science at UMSL, will give a lecture on "Women Presidents and Prime Ministers: A Global Perspective."

More than 50 years have passed since Sirimavo Bandaranaike became the first woman to shatter the executive leadership glass ceiling when she assumed the Sri Lankan premiership. Almost 80 women throughout the world have since attained that level of leadership. That, however, remains miniscule when compared to the number of men who have been the head of government during the same time period.

Farida Jalalzai, assistant professor of political science at the University of Missouri–St. Louis, will discuss the growing trend of women in political leadership roles. She will present the lecture “Women Presidents and Prime Ministers: A Global Perspective” at 7 p.m. Dec. 1 in the Student Government Chamber at the UMSL Millennium Student Center.

The lecture is the final installment in the five-part Women, Gender and Political Institutions fall speaker series. It is free and open to the public.

Jalalzai is an expert in the role of gender in politics. Her lecture will explore why prime ministerships and presidencies remain a male bastion and how much progress has really been made in women’s attainment of national executive office. She will also discuss the potential consequences for democracy as more women come to power.

The Millennium Student Center is on the North Campus at UMSL, One University Blvd. in St. Louis County (63121). The series is sponsored by the following at UMSL: Sue Shear Institute for Women in Public Life, Gender Studies Program, Center for International Studies and Department of Political Science.