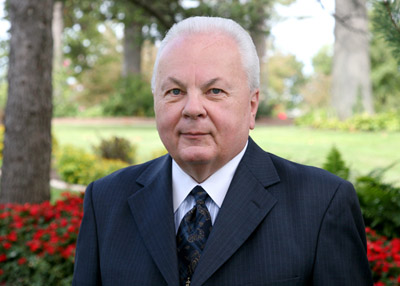 Robert Nordman, the E. Desmond Lee Endowed Professor of Music Education at UMSL, will be inducted Jan. 28 into the Missouri Music Educators Association Hall of Fame.

Robert Nordman, the E. Desmond Lee Endowed Professor of Music Education at the University of Missouri–St. Louis, has exerted a positive influence on music education over a 50-year career. As a leader in his field, he will be honored with his induction into the Missouri Music Educators Association Hall of Fame.

“For decades, I have admired the creativity and uplifting spirit with which Robert Nordman engages student musicians, music educators, professional performers and administrators,” said James Richards, interim dean of the College of Fine Arts and Communication at UMSL. “Professor Nordman continues this impact today as director of the Des Lee Fine Arts Education Collaborative, one of the university’s most dynamic and far-reaching community educational partnerships.”

Nordman will be one of three inductees recognized Jan. 28 at the annual MMEA Conference at Tan-Tar-A Resort in Lake of the Ozarks, Mo.

“Bob is a skilled, compassionate and effective arts administrator, as well as a fine musician,” said UMSL Professor of Music John Hylton, who nominated Nordman for induction.

A resident of the Central West End neighborhood in St. Louis, Nordman has been a music educator in Missouri for 45 years. At UMSL, he serves as chair of the Department of Music and holds a joint appointment with the College of Fine Arts and Communication and College of Education.

“This Hall of Fame award came as a complete and wonderful surprise,” Nordman said. “What a marvelous way for me to begin my 50th year as a music educator. I am greatly honored to be placed in the company of internationally recognized composers Claude Smith and Mary Lightfoot and music teachers such as Lewis Hilton, Ed Carson, Doug Turpin, Keith House, Bill Mack, Herb Duncan and others in the hall of fame.”

The collaborative also hosts performances by ensembles composed of students from area schools, which then perform at the Powell Symphony Hall in St. Louis and Blanche M. Touhill Performing Arts Center at UMSL. Nordman serves as the conductor of the ensembles.

Prior to his role at UMSL, Nordman was director of bands and orchestras at Southwest High School in St. Louis where he also taught music history, music theory and music theater. He also was supervisor of music education for the St. Louis Public Schools.

Nordman is the past national president of the Urban Music Educators Association and has served on advisory boards for the Saint Louis Symphony Orchestra, Opera Theatre of Saint Louis, Music for Lifelong Achievement at the Sheldon Concert Hall, the Whitaker Music Education Collaborative and the E. Desmond Lee Fine Arts Collaborative.

In 1996, he received the Administrator of the Year award from the MMEA. He has been a guest conductor for several school districts and festivals, including the honors bands of both the Metro and Suburban music educators associations and the Southwestern Illinois Music Festival.