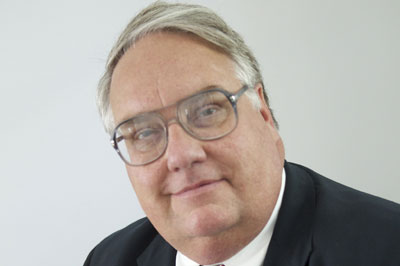 Philanthropist, farmer, photographer and conservationist Howard G. Buffett became the 19th recipient of the World Ecology Award at a gala dinner May 13 at the Missouri Botanical Garden.

The World Ecology Award is awarded by the Whitney R. Harris World Ecology Center, in partnership with the University of Missouri–St. Louis, the Missouri Botanical Garden and the St. Louis Zoo. Buffett joins a list of World Ecology Award recipients that includes Jacques Cousteau; Jane Goodall; HRH The Prince of Wales; Ted Turner; and Harrison Ford.

This year’s World Ecology Award recognized Buffett’s carefully developed, well-managed and innovative effort to build a better planet by focusing on the fundamental, structural problems facing the more than three billion people who live on less than $2 a day. Established in 1999, the Howard G. Buffett Foundation’s mission is to improve the standard of living and quality of life for the world’s most impoverished and marginalized populations. In 2010, the foundation distributed over $80 million in grants to support water, food security and humanitarian aid primarily in Africa and Central America, with additional support for projects in Europe, Afghanistan, the U.S. and South America. Since its inception, the foundation has directed more than $123 million in conservation grants around the world – from funding wildlife conservation programs to recognizing indigenous leadership in conservation. Buffett’s foundation also continues a decade-long interest in the well-being of cheetahs and mountain gorillas.

“Since 1991, the World Ecology Award selection committee has sought out special individuals whose personal activities have both improved the world’s awareness of its stewardship of our planet and actually changed the course of history through their global intervention,” said Hal Kroeger, chair of the Harris Center’s Advisory Board. “Howard Buffett has chosen to reconcile humanity’s nutritional needs with global sensitivity to biodiversity, habitat and animal protection. He has set a new performance standard for all individuals and organizations whose commitment to ecological sustainability is the foundation of their work.”

“I learned early in my conservation efforts that no one will starve to save a tree,” Buffett said. “Long-term success in preserving our ecosystems and species depends on local ‘ownership.’ We cannot get people who are hungry, or parents whose child is dying of malnutrition, to care about conserving natural resources.

The foundation’s pioneering approach recognizes the inextricable link between human sustenance and habitat and embeds conservation practices and education in its grant making for water and food.

As a philanthropist, Buffett is steadfastly committed to sharing lessons from past mistakes and failures, as well as successes. In his foundation’s 10th Anniversary Annual Report, Buffett quotes advice from his father, Warren, on taking risks: “Don’t just go for safe projects. You can bat a thousand in this game if you want to do nothing important. Or you’ll bat something less than that if you take on the really tough problems.”

As such, the foundation seeks to be a catalyst for successful innovation in the areas in which it works; to provide the leadership required for success; and to make seed capital available that can be leveraged for additional support.

Buffett has traveled to more than 100 countries documenting the challenges of preserving our biodiversity while providing adequate resources to meet the needs of a growing global population. He is the recipient of numerous honors bestowed by both international governments and domestic organizations and has authored seven books on conservation, wildlife and the human condition.

Howard G. Buffett grew up in Omaha, Nebraska, and has been active in business, politics, philanthropy, agriculture, conservation and photography. He currently spends the majority of his time managing the Howard G. Buffett Foundation, a private charitable foundation. Buffett operates a 1,400-acre family farm in central Illinois and oversees two foundation-operated research farms: 1,500 acres in Illinois and 9,200 acres in South Africa. Buffett has served in a number of public positions. In 1989, he was elected to the Douglas County Board of Commissioners in Nebraska, he has served on two Office of the United States Trade Representative committees and as chairman of the Nebraska Ethanol Authority and Development Board. He served in senior executive positions at Archer Daniels Midland Company and The GSI Group. He currently serves on the corporate boards of Berkshire Hathaway, Inc., an investment holding company, The Coca Cola Company, the world’s largest beverage company, Lindsay Corporation, a world-wide leader in the manufacturing of agricultural irrigation products and Sloan Implement, a privately owned distributor of John Deere agricultural equipment. He has served on the boards of Archer Daniels Midland, a leading global food processor, Coca-Cola Enterprises, Inc., the largest Coca-Cola bottler in the world, ConAgra Foods, one of North America’s largest food service manufacturers and retail food suppliers and Agro Tech Foods, a publicly traded food manufacturing company in India. He serves or has served on numerous nonprofit boards.

In 1997, Buffett became a member of the Commission on Presidential Debates; he received the Aztec Eagle Award from the President of Mexico in 2000, the highest honor bestowed on a foreign citizen by the Government of Mexico; and in 2002, he was recognized by the Inter-American Institute for Cooperation on Agriculture as one of the most distinguished individuals in the field of agriculture. In 2005, he received the Will Owen Jones Distinguished Journalist of the Year Award, and in 2007, he was appointed a United Nations Goodwill Ambassador Against Hunger on behalf of the World Food Programme. In 2011, Buffett was awarded the Triumph of Agriculture Exposition Agri Award.

About the World Ecology Award