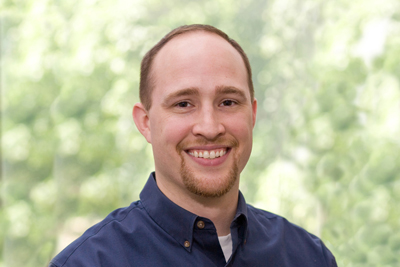 For the past few years, “housing market” is a phrase that has struck concern, fear or despair into most Americans. Owners struggle to keep their homes. Buyers fret potential losses in unstable markets, and government officials work to provide services despite declining revenue from property taxes. University of Missouri–St. Louis economist William Rogers has compiled information that may help all three groups in St. Louis County.

The associate professor of economics recently completed extensive research on assessments and appraisals in the county. Rogers’ research has been put into two reports, “Saint Louis County House Price Appreciation” and “Saint Louis County Single-Family Property Tax Appraisals: 2001 to 2010.” His work is part of the the Des Lee Creating Whole Communities project through the Des Lee Collaborative Vision and Public Policy Research Center at UMSL.

Rogers is an expert in regional economics, urban economics and public economics. His current research focuses on the impact homeowner associations have on the housing market and the effects public homeownership programs have on neighborhood development.

UMSL News recently spoke with Rogers about his research and the area’s housing crisis.

What is the overall state of the St. Louis County housing market?

Depressed. Single-family housing sales volume in 2010 was about one-third of 2000’s volume. Housing prices over the same time are up about 33 percent, but when adjusted for inflation prices are up by only 7 percent. That’s 7 percent over 11 years.

How has the market changed in the last five years?

St. Louis County prices peaked late in 2006 at about 45 percent above 2000 levels or 29 percent if adjusted for inflation. By 2010 housing prices were about 9 percent lower than peak value  or 17 percent lower if adjusted for inflation. The county’s housing market, while depressed, does look better than the nation’s, in part because there wasn’t a serious housing bubble in this region.

Where do you see the market going in the next five years?

I don’t have a formal forecast. The St. Louis metro area’s economy has performed about at the national average, and I don’t expect that to change over the next five years. The national economy and national housing prices are looking weaker, and county prices are looking weaker, so I expect (but do not formally predict) falling local housing prices. I expect the St. Louis County housing price level in 2015 will be lower than 2010’s. Local prices could rebound by 2015 if the local economy has significant and sustained growth, if immigration increases dramatically or if national housing policy significantly add to housing demand subsidies.

What advice would you give both to buyers and sellers?

As always, be sure to consult a real estate agent early in the buying or selling process. To buyers, homeownership has many advantages, but it is easy to overestimate homeownership as an investment. For most people, the best investment they can make is in their human capital (job related skills), but to make the most out of the investment people need to be willing to move to where the jobs are. In contrast, homeownership works best as an investment when the owners stay put, and only move from high-priced markets to low-priced markets. Therefore, there is a general trade-off between human capital investment and homeownership investment. Since most households can get a much better return on investment in human capital, I suggest potential buyers consider renting or buying a less expensive house. To sellers, see my advice to buyers. Sellers need to accept that losses have occurred. Sellers should not let the emotional pain of that loss inhibit them from selling at a loss (if financially possible) in order to make a job-related move. Homeowners considering “walking away” from their house should first contact their lender and a foreclosure counseling organization. Far too many people do neither and end up enduring more problems than they expected. However, if you can afford the payments and like where you live, then try to refinance your mortgage (without “cash out”), and enjoy your home the best you can.

What areas of the St. Louis County are experiencing high appraisals and growth and why?

The best appreciation over the last 11 years has been in Olivette, University City, Maplewood and Brentwood. I don’t know why, and most real estate professionals I speak with are somewhat surprised at my result. These neighborhoods all had relatively modest prices in 2000 (especially Maplewood) and are close to interstate access. After I add more counties to my housing model, I will explore the causes of local price dynamics.

What areas of the county are experiencing low appraisals and no growth and why?

The worst appreciation over the last 11 years has been in 63133, which includes Pagedale, Wellston and Hanley Hills, but there were so few sales in 2009 and 2010 that my model may be off. The rest of the poor performers include 63034 (north St. Louis County), 63124 (Ladue), 63137 (Bellefontaine Neighbors) and 63127 (Sunset Hills). These neighborhoods don’t seem to share a common characteristic. I will develop a story to go along with these results after I add the explanatory component to my model.