ASQ plus 2 to perform at Touhill 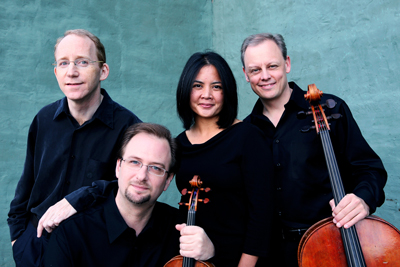 The Arianna, the resident quartet at UMSL, will perform alongside violinist Lawrence Neuman and cellist Brant Taylor. Both musicians have ties to the St. Louis area and also have been in award-winning string quartets.

Collaborating with Neuman and Taylor allows the Arianna to perform three string sextets, creating “a highly unusual program, unlike anything our audience would be able to find anywhere else,” according to Arianna cellist Kurt Baldwin.

The St. Louis Post-Dispatch has hailed this internationally acclaimed Arianna String Quartet – violinists John McGrosso and David Gillham, violist Joanna Mendoza and cellist Kurt Baldwin – as one of the cultural gems of the St. Louis region. In addition to their concert series in St. Louis at the Touhill, the Arianna routinely performs throughout the United States.