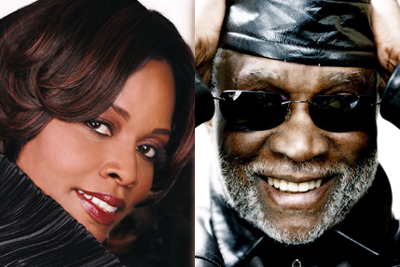 Dianne Reeves and Ahmad Jamal will perform Sunday at the Touhill.

A pair of music’s most influential artists will share the Blanche M. Touhill Performing Arts Center stage this weekend for a double headliner bill. The concert will feature separate performances by Dianne Reeves and Ahmad Jamal. The show will begin at 7:30 p.m. Sunday (Nov. 6) in the Anheuser-Busch Performance Hall at the Touhill.

Reeves is the pre-eminent jazz vocalist in the world today. As a result of her virtuosity, improvisational prowess and unique jazz and R&B stylings, she has received the Grammy for Best Jazz Vocal Performance for three consecutive recordings – a Grammy first in any vocal category.

The Los Angeles Times called Reeves “a natural story teller” who uses “her timing and phrasing to bring novel insights into everything she sang.”

To say that Jamal has been an influence on modern music would be an understatement. Pianists from throughout the last 50 years cite him as an inspiration. Jamal has mastered the art of giving a small group the sweeping feel of an orchestra. He continues to create some of the most exciting, vibrant music being recorded today.

The concert is sponsored by World Wide Technology, Inc.