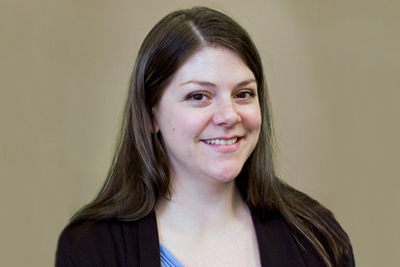 Criminologist Kristin Carbone-Lopez feels her life is a little surreal. She’s working with scholars she looked up to as a student and at a university she considered her dream job. Now she’s being recognized by her peers for her outstanding work.

Carbone-Lopez, assistant professor of criminology and criminal justice at the University of Missouri–St. Louis, received the New Scholar Award from the American Society of Criminology’s Division on Women & Crime during the annual conference last month.

“I am so honored to be a part of the Division of Women and Crime and to receive this award,” she said. “It is particularly meaningful coming from a group of scholars who not only have been incredibly influential in my own work, but whom I greatly admire as well.”

Carbone-Lopez, a resident of the Tower Grove area in St. Louis, joined the Department of Criminology and Criminal Justice at UMSL in 2007. She had heard about the department as a student at the University of Minnesota in Minneapolis and became a fan of the scholars working at UMSL.

Her research interests involves victimization and partner violence. Some of her recent work is focusing on the victimization of women by their partners with overwhelming results showing that most who have been in a violent relationship do not go into another one. Carbone-Lopez said that by examining the lifetime measure of the victims, the data suggest that most women do not become repeat victims.

She also is working on research focusing on women and their drug use. She’s collected data from incarcerated women who had heavily used methamphetamine. These women are not the normal users, according to Carbone-Lopez. They use to keep up with their daily routines and, at times, even helped make the drug.

Her future research plans include working with former UMSL colleague Jody Miller to examine the sex industry in Sri Lanka. Miller, professor of criminal justice at Rutgers University in Newark, N.J., is studying rehabilitation centers for women in Sri Lanka. The centers house women offenders and provide little options for them to leave without taking part in an arranged marriage.

The New Scholar Award from the American Society of Criminology’s Division on Women & Crime is given annually to recognize the achievement of a scholar who shows outstanding merit at the beginning of his or her career. ASC is an international organization whose members pursue scholarly, scientific and professional knowledge concerning the measurement, etiology, consequences, prevention, control and treatment of crime and delinquency.