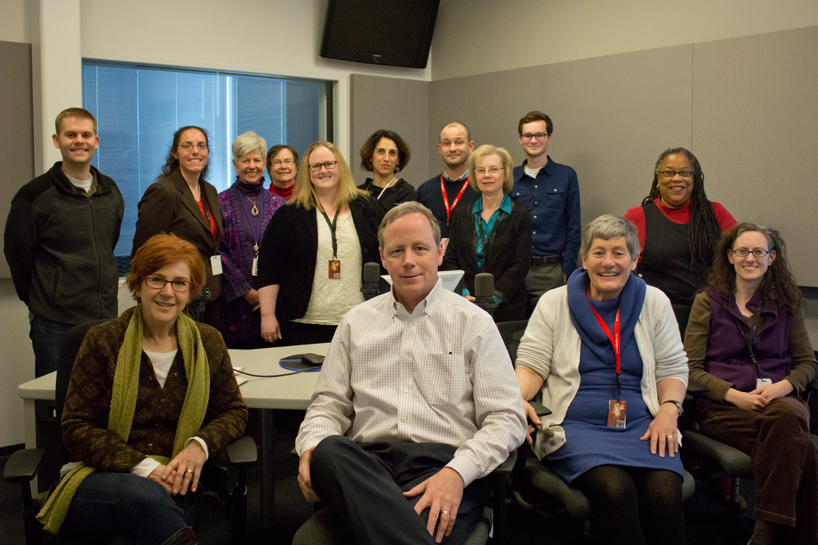 Reporters and editors gather from the newly combined newsroom of St. Louis Public Radio and the Beacon. (Photo by Jess Luther)

The expanded newsroom is the result of a merger that integrated 13 veteran journalists from the online news service St. Louis Beacon into St. Louis Public Radio late last year.

Reflecting on donor support, St. Louis Public Radio General Manager Tim Eby said, “This is a unique endeavor that might not have been possible without the generous support of individuals and foundations whose interest is community development and an informed democracy.”