Culminating in this week’s performance at the Blanche M. Touhill Performing Arts Center, the community-oriented collaboration was initiated by UMSL faculty member and Women’s Chorale director Gail Fleming (near right). She’s pictured beside guest conductor Michael Engelhardt, who was on hand to conduct one of his own compositions as part of the show. (Photos by August Jennewein)

Just after wrapping up their final dress rehearsal early Tuesday evening, a pair of University of Missouri–St. Louis classmates and two new friends took a moment together to breathe, laugh and reflect on the last few months.

The bond between these particular altos and sopranos was obvious.

As Briana Williams and Dalecia Powell, both Normandy High School students, expressed gratitude for the time and energy invested in them this fall, the two older singers at the table – both UMSL music students – insisted that all their efforts had been a true pleasure.

“I just appreciate you giving us the opportunity to work with you,” Mylene Williams, a vocal performance major and former Normandy student herself, told the two high school students. “It’s just been a really good experience, and it was a wonderful chance to go back and see the old choir room and really just get a glimpse of what I looked like.” Members of the UMSL Women’s Chorale (at left) face their fellow vocalists, all hailing from local high schools and mentored by the UMSL students throughout the semester, during their final rehearsal leading up to the Dec. 6 performance.

Each week of this semester, she and fellow UMSL student Michelle Byrd, a music education major, worked closely with Powell, Williams and a handful of their peers as part of an initiative led by the university’s Women’s Chorale.

In addition to their own regular rehearsals on campus, members of the 12-person vocal ensemble continuously volunteered their talents at five local high schools, teaching small groups of younger singers a couple of the UMSL group’s own challenging, in-process pieces. It all culminated Dec. 6 in a joyful “celebration of unity and peace,” as UMSL faculty member Gail Fleming described the collaborative performance that night at the Blanche M. Touhill Performing Arts Center.

Fleming, who serves as director of the Women’s Chorale, said the idea for the project first crossed her mind earlier this year while brainstorming ways she might be able to “make a difference” in the world.

“I thought, ‘Let’s bring high school girls from around the region together and teach them a couple songs,’” she recalled just prior to the 7:30 p.m. performance in the Lee Theater. “I have dreamt about it all semester and worried about it, but it’s come together really nicely.”

Powell, a sophomore this year at Normandy, called the opportunity to participate in the Touhill performance with university-level musicians a special treat – along with mastering “Gaudete!,” the choral composition that required the most practice.

“I love meeting new people and interacting with others, and being handed this type of music is something new for me that I’ve never experienced before,” Powell said. “And being in this type of setting, it’s like, ‘Oh my god, I’m here! Yay!’” The 12 members of the UMSL Women’s Chorale join director Gail Fleming (sixth from right) for a portrait just prior to their fall concert with young women from the St. Louis region. Michelle Byrd (fifth from left) and Mylene Williams (far right) worked with singers at nearby Normandy High School.

Williams added that the experience even has her rethinking her college plans a bit – and she’s now “very interested” in the Women’s Chorale at UMSL.

“I especially enjoyed working with and just being with Michelle and Mylene,” said the high school senior. “I’m shy, but I started to sing out because I felt comfortable with them.”

Along with the Normandy High School singers and the Women’s Chorale members, Tuesday’s concert featured students from Eureka, Francis Howell Central, Belleville East and Highland high schools – plus instrumentalists and the composer of “Gaudete!” himself, Michael Engelhardt.

When Engelhardt stepped to the stage during dress rehearsal to run through and refine their interpretation of his choral composition, the singers looked particularly excited and focused – as did Fleming.

“It’s like Mozart conducting a Mozart requiem,” she said to those gathered on stage.

A few weeks prior, Engelhardt had conducted an intensive master class with the UMSL women, and Byrd recalled being worried about the idea at first. Working with him on a piece he’d written and would be conducting with them sounded nerve-wracking. But that sense quickly subsided.

“He is a phenomenal composer with an even more wonderful personality,” said Byrd. “And I think that it really helped me understand on a greater level that music is still a language that everybody speaks, no matter if it’s in a foreign language. If you drop a beat or a note, Briana or Dalecia or Mylene can pick it up, because it’s a language, just like Spanish, French, Italian. It’s all the same thing, and everybody can learn it.”

She was just as thrilled at the opportunity to mentor several young women as they look to the future.

“Through our visits, they can understand that college life is hard work, but the hard work will open up wonderful opportunities,” Byrd said. “I’m hoping that this continues. I don’t want this to stop with Women’s Chorale.”

She added that she doesn’t think it will stop – Byrd has been noticing fellow music students and UMSL faculty, partnering in new ways with local youth and area schools.

“These high schools are super close to UMSL,” she said. “That’s something that myself and Maria Ellis, Brian Owens, Michael Smith and quite a few other people are working diligently on, to make sure that we bridge the gap.” 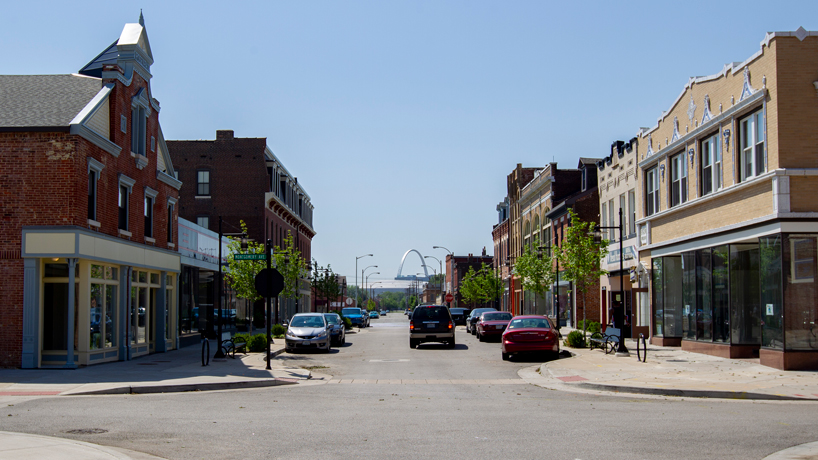 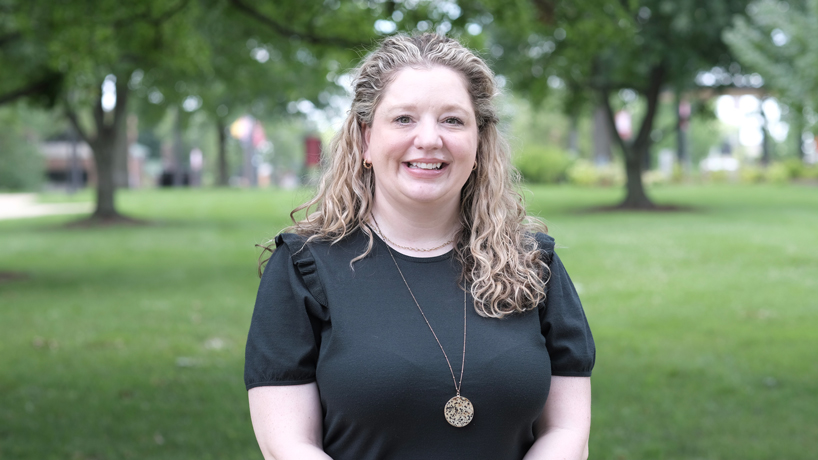