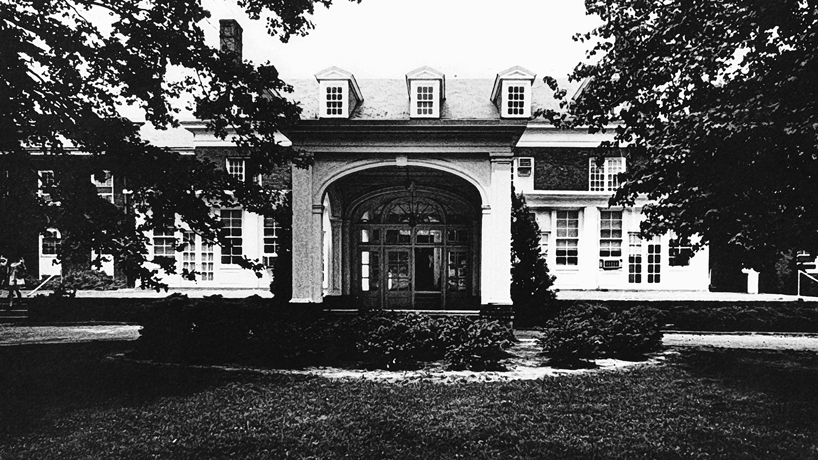 The clubhouse of the old Bellerive Country Club served as the administration building when UMSL opened in 1963.

It was a question from a listener that prompted St. Louis Public Radio reporter Mary Delach Leonard to investigate why three golf courses can be found populating the same 3-mile radius in north St. Louis County.

DeLach Leonard dug into the origins of Normandie Golf Club in Bel-Nor, Glen Echo Country Club in Normandy and Norwood Hills Country Club in Jennings to find out and shared what she learned in the latest installment of the station’s Curious Louis feature.

The University of Missouri–St. Louis comes up more than once in the resulting history lesson, published Thursday.

Delach Leonard’s story begins at Normandie, known for being the oldest public course west of the Mississippi River after opening in 1901. Since 2015, the course has been owned and operated by UMSL, which purchased the course with the help of private donors for $1.4 million. The university signed a 10-year lease agreement with Walters Golf Management to manage it.

But as the story details, it’s the course now missing from the same circle of space – the old Bellerive Country Club – that fills an even bigger part of UMSL’s history.

The club relocated to Town & Country, and Delach Leonard wrote: “When Bellerive puts its 125-acre site up for sale, the Normandy School District passed a $600,000 bond issue to buy the property. The district, led by Superintendent Ward Barnes, originally intended to build a junior college on the land. That project evolved and, instead, led to the creation of a resident center for the University of Missouri, which opened in 1960 and is now the UMSL campus.”

Read the St. Louis Public Radio story for even more details about golf courses in and around Normandy.