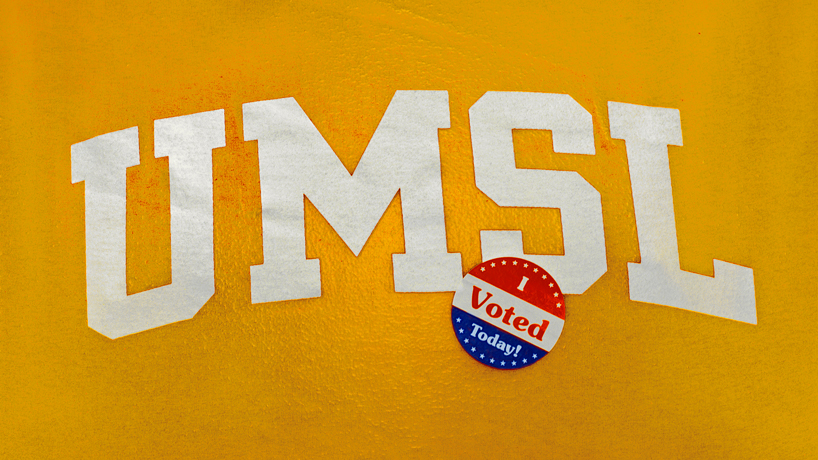 The University of Missouri–St. Louis has once again been recognized for its commitment to promoting civic engagement among students.

For the second year in a row, Washington Monthly identified UMSL as one of the top colleges for student voting in the nation. It included UMSL on the “Best 80 Colleges for Student Voting” in its 2019 College Rankings issue released this month. UMSL was also included on the publication’s inaugural list. 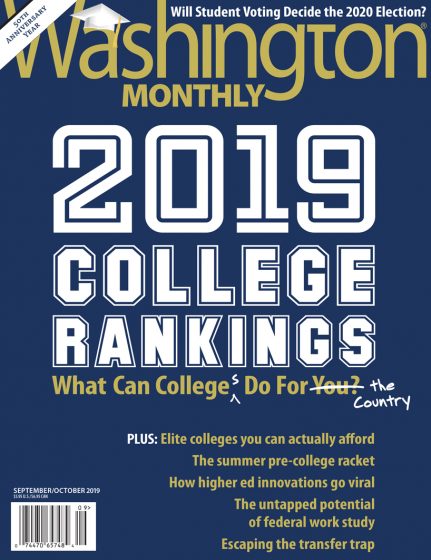 Washington Monthly’s 2019 College Rankings issue takes a look at how schools contribute to the public good.

This is the second year Washington Monthly has measured how well colleges encourage students to vote. Schools were graded on five metrics, one more than last year’s list.

“Because it is impossible to get actual turnout rates for most colleges, we use proxies,” Daniel Block wrote in Washington Monthly. “We measure which schools take part (and to what degree) in the National Study of Learning, Voting, and Engagement (NSLVE) at Tufts University, which calculates registration numbers and turnout rates for participating campuses; then we factor in participation in the ALL IN Campus Democracy Challenge, which helps schools craft plans to bolster civic engagement. We add this data to the ‘service’ part of our overall ranking, awarding institutions one point for each of five metrics they fulfill.”

The completed actions required to receive a point are:

Washington Monthly includes more than 1,000 schools in its rankings, but only 80 earned a perfect score in voting rankings. Of the top 80 schools, 70 percent are public universities.

Tufts University has not finished calculating the 2018 NSLVE data. However, in the November 2016 election, 67.4 percent of eligible UMSL students voted, according to Tufts’ data set. That far exceeded the 46.1 percent rate for young voters nationwide.

That voter turnout rate was the highest among nearly 300 universities participating in the ALL IN Campus Democracy Challenge that year, earning UMSL one of the organization’s Champion Awards. ALL IN will announce 2018 award recipients at the ALL IN Challenge Awards Ceremony on Nov. 12.

More recently, the Voter Friendly Campus program designated UMSL as a “Voter Friendly Campus” for 2019-2020. The initiative is a partnership between the nonpartisan Campus Vote Project and NASPA – Student Affairs Administrators in Higher Education. UMSL was one of 123 campuses in 31 states to receive the designation.

“We are thrilled to be recognized as a ‘Best College for Student Voting,’ and it comes as no surprise,” said Patricia Zahn, director of Community Outreach and Engagement. “UMSL students care about their communities and are involved. Our campus supports civic engagement and regularly holds voter registration and education events.”

Much of that support comes from student organizations.

“We have several student organizations at UMSL that have a commitment to civic engagement and have sponsored and supported election-related programs, including debate watch parties and panel discussions, as well as ‘Get Out the Vote’ ice-cream socials over the past few years,” Zahn said. “We are very fortunate to have engaged faculty, staff, students and community partners working together on these efforts and making a difference.”

UMSL also received a No. 176 ranking in Washington Monthly’s list of national universities. The rankings are determined after assessing social mobility, research and services.