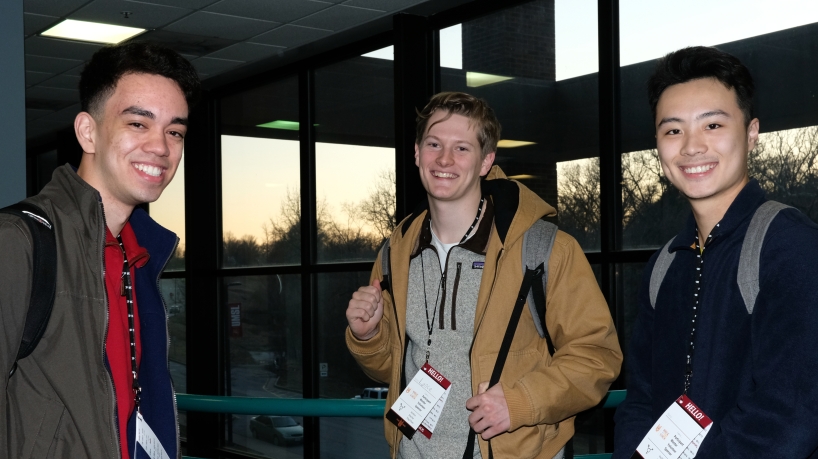 At 2 a.m. the University of Missouri–St. Louis campus is typically silent except for the faint honking of geese. Last weekend, though, Express Scripts Hall and the Social Sciences and Business Building were just the opposite.

The sound of clacking keyboards echoed down hallways while students huddled in classrooms, designing fully functioning apps within 36 hours.

The challenge was issued by UMSL | Hack, a student-organized event hosted by the Information Systems and Technology Department. The hackathon’s fourth year brought 105 participants to campus.

Despite negative connotations associated with the word “hack,” a hackathon is simply an event where contestants build computer programs within a short time.

In four years, UMSL | Hack has grown beyond campus borders to draw people from the University of Missouri–Columbia, Washington University in St. Louis, Georgia Tech and more. 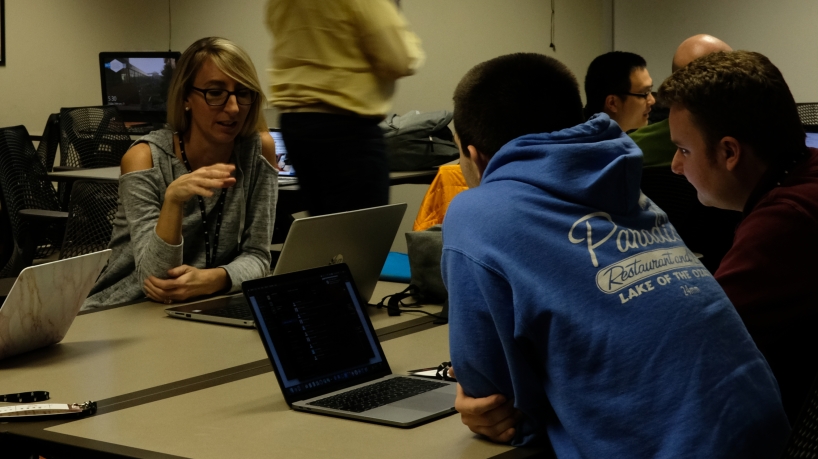 From Friday through Sunday, teams of three to five collaborated to create apps that fit the event’s Hack the Stack theme. Participants included undergraduate, graduate and high school students as well as students who graduated in the last six months. No coding experience was required since the primary goal of UMSL | Hack is for contestants to learn new techniques.

Much of the learning was due to mentors, who offered students advice and guidance as they created their apps. That was just one of the many benefits competitors enjoyed.

“It’s educational,” said UMSL | Hack committee member Basheir Langi. “Participants get to meet new people in the tech industry in terms of peers, mentors and sponsors. We have sponsors here who are recruiting, so there’s a potential job out of that. It looks really good on your resume if you build something in 36 hours.”

A resume highlight, along with extra credit, was one of the reasons Junyu Tao decided to participate in UMSL |Hack with teammates Lance Anderson and Joseph Bequette.

“This is my first time doing this, so it’s for the experience,” Bequette said. “We built an app in Professor Lawton’s class, and we’re getting more experience doing that.”

Anderson signed up for the educational aspect of the weekend.

“I’m looking to learn more,” he said. “It’s my first programming class this semester, so it’ll help with that.”

Added benefits for the team included meals and snacks provided by sponsors throughout the hackathon. Scheduled activities, like a FIFA e-sports tournament, offered breaks from coding and allowed participants to get to know each other. 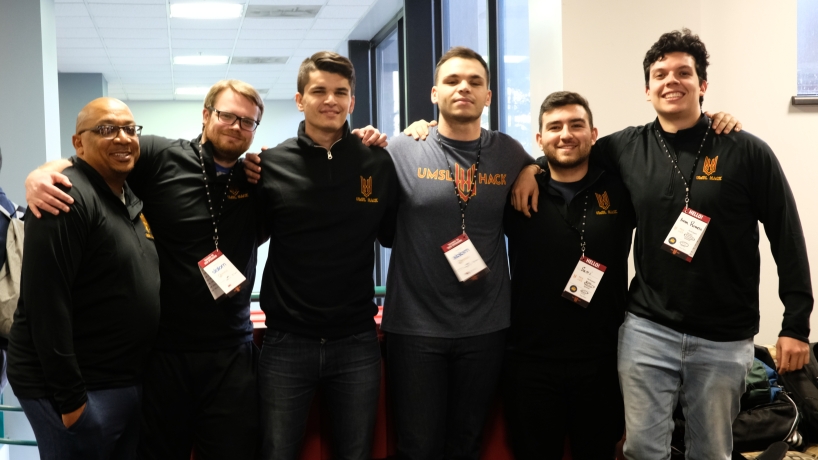 At the end of the weekend, 18 teams presented their newly developed programs in a three-minute pitch. Judges looked at whether the app solved the problem statement, the innovation involved and if both the front and back ends were developed.

Winners included Somatic in first place, // No Exceptions in second and EpTracker in third. The latter, from St. Louis University High School, developed an app to track the spread of the coronavirus.

For Langi and the rest of the committee, UMSL | Hack required tons of advance planning. They secured sponsorships, ordered food, reserved rooms and completed a host of other tasks. But it was worth the effort in the end.

“The people make it awesome,” Langi said. “They show up, stay here for 36 hours and spend the night working on these projects. They put in real work, real hours like it’s their full-time job. Just seeing how hard these people work is really amazing.