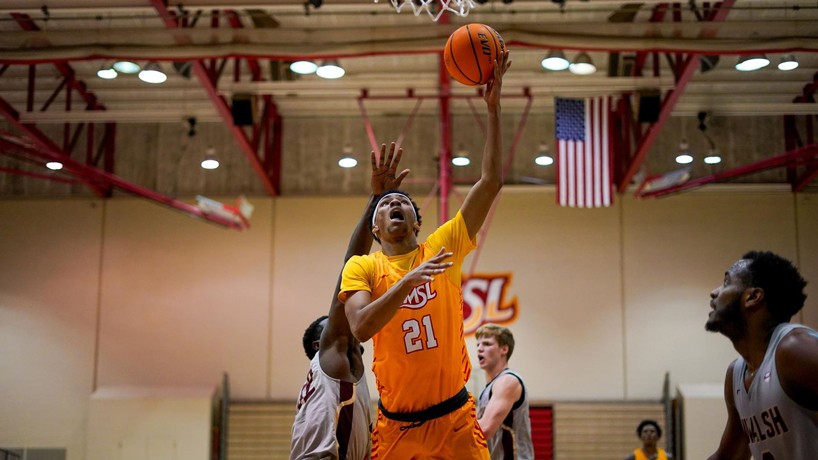 Men’s Basketball
UMSL got off to strong start to the season, beating Walsh and Tiffin on successive days in the 2021 Crossover Tournament at the Mark Twain Athletic Center. The Tritons beat Walsh 80-76 on Saturday, then rallied from down as many as 15 points to beat Tiffin 87-77 on Sunday afternoon. Senior forward Marty Jackson led UMSL in both games, totaling 53 points, 22 rebounds and five assists in the two wins, but he got plenty of help with Jose Grubbs, Yaakema Rose Jr. and Atavian Butler both scoring in double figures in both games. The Tritons will travel to St. Joseph, Missouri, for the Hillyard Classic, taking on Northwest Missouri State on Friday and Missouri Western on Saturday.

Women’s Basketball
The Tritons went 1-1 last week as they opened their regular season in Michigan. UMSL lost to Grand Valley State 61-54 in Friday night’s season opener, but it rebounded quickly, blitzing Davenport 61-43 a day later. Senior forward Alex LaPorta led the team with 22 points, seven rebounds, three steals and one block in the victory. Faye Meissner chipped in seven points against Davenport after scoring a team-high 13 in the loss to Grand Valley State. The Tritons play host to Kentucky Wesleyan on Saturday in their home opener.

Women’s Soccer
UMSL’s season came to an end Friday with a 1-0 double-overtime loss against Southern Indiana in the semifinals of the Great Lakes Valley Conference Women’s Soccer Championship, hosted by Drury in Springfield, Missouri. Katlyn Andres scored the match’s lone goal on a deflected shot that trickled into the net in the 106th minute. USI outshot the Tritons 17-11. UMSL goalkeeper Paige Schwartz made four saves. Coach Maddi Moon‘s team finished 8-8-3 in her second season.

Volleyball
The Tritons closed out their regular season with three straight sweeps against Lindenwood, Maryville and Truman State to lock up the No. 2 seed in this week’s GLVC Tournament. Coach Ryan Young celebrated his 200th career victory in Tuesday’s victory at Lindenwood. Setter Kaileen Herman notched her 3,000th career assist in Friday’s victory over Maryville. Outside hitter Charlotte Richards combined for 44 kills in the three matches, and Megan Woll had 64 digs. UMSL will take on seventh-seeded Illinois Springfield at 5:30 p.m in the first round of the GLVC Tournament.