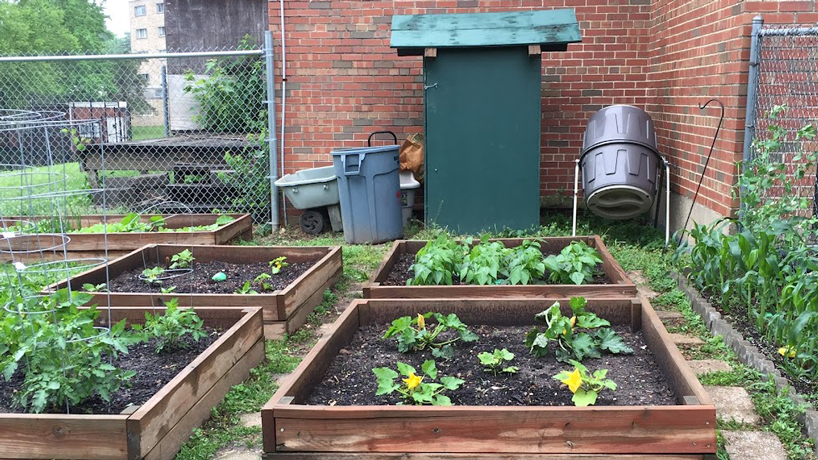 The University Child Development Center’s classroom garden is designed to teach students healthy food habits and serves as a jumping off point for lessons about a variety of subjects including nutrition, nature and weather. Students and teachers are involved in every step of the gardening process, from raising seeds indoors during late winter to harvesting produce during summer and early autumn. (Photos courtesy of Denise Speck)

Every parent knows it can be an uphill battle to get kids to eat fruits and vegetables, especially with the ubiquity of fast food and processed food.

The University Child Development Center, housed in the College of Education at the University of Missouri–St. Louis, is trying help parents on that front through an innovative classroom garden designed to teach kids healthy food habits.

The garden has been a hit with students and parents alike.

“I have a couple kids that just beg to go eat tomatoes,” said Denise Speck, lead teacher of the UCDC Discoverers Classroom and comanager of the garden. “They literally would stand there and eat tomatoes off the plants.” 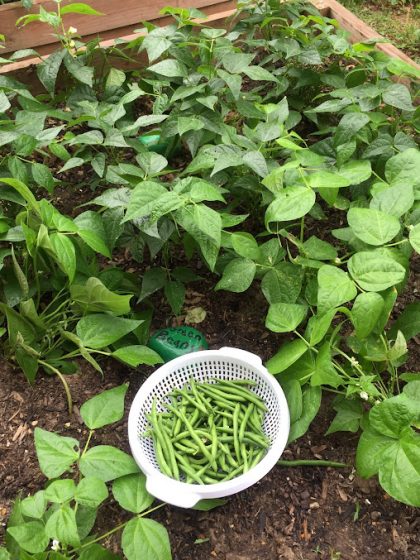 Starting in late spring and continuing into autumn, produce from the garden, such as green beans, is often served to students during mealtimes.

Speck said parents are thrilled to see their kids become more adventurous eaters but somewhat shocked at the same time.

“Parents always say, ‘How do you get them to eat that? They would never eat that at home,’” she said. “Well, when they’ve been invested in planting and growing that spinach from a seed, then they are more willing to try it.”

The idea for an outdoor classroom garden started about 20 years ago with former teacher Jeri White. Initially, it began as a simple bird and butterfly garden filled with flowers to attract pollinators behind the center’s outdoor play area. That evolved into a native plant garden – a space for plants and flowers endemic to Missouri – before becoming a small vegetable garden about 10 years ago.

For the past several years, Speck has steadily increased the size of the garden. It now consists of seven garden boxes, each dedicated to different types of produce. UCDC students, ages 2 to 5, and teachers are involved in every step of the gardening process, from raising seeds indoors during late winter to harvesting produce during summer and early autumn.

The classroom garden also serves as a jumping off point for lessons about a variety of subjects including nutrition, nature and weather. Combined with their hands-on work gardening, students start to understand where their food comes from and develop a sense of curiosity about what they’re eating.

The success of the program has not only garnered approval from parents but has also earned external recognition.

The Healthy Food Alliance for Early Education and the American Heart Association recognized the center’s work on the garden and involving it in everyday curriculum, naming it a Center of Excellence in October.

“It feels great to be recognized for all the hard work that we do,” Speck said. “We do a lot of really great things with the kids, and it’s nice when people see that and we can share that.”

Speck’s love of cooking and gardening motivated her to get involved with the project and expand it over the years. Additionally, she believes that early childhood educators must “address the whole child” in the classroom, which includes meeting basic needs such as food. 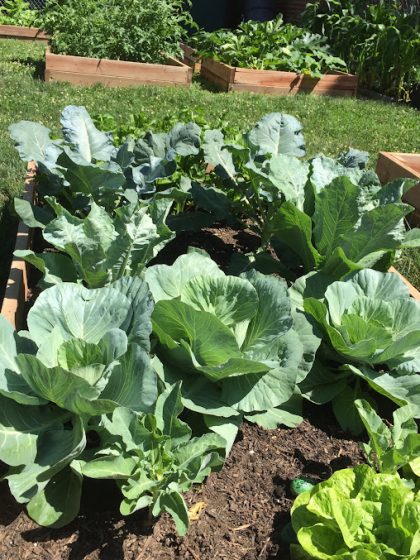 This year’s garden crop included a variety of fruits and vegetables including several types of leafy greens.

“That’s part of why we try to provide food and healthy eating habits, so that we’re setting them up the best we can for success,” Speck said.

During meals, UCDC teachers serve students family style and engage them in conversations about what they’re eating and the benefits certain foods provide. Starting in late spring and continuing into autumn, many of the meals include dishes made from the garden produce such as sautéed green beans and sliced cucumbers for snacking.

Speck explained that it gives students a tangible connection to where their food comes from, a concept that might be too abstract for them otherwise.

“By providing them things like the gardening, that gives them a direct, tangible way to connect the idea of healthy eating to what they’re doing and how we’re practicing that,” she said. “They get to see it firsthand.”

Students first get involved with the garden around February. That’s when Speck talks to them about seeds and plants and how they grow. Then the students discuss what they like and don’t like to eat, and based on those conversations, they determine what will be grown.

From there, students help raise seeds under grow lights in the classroom, eventually transplanting seedlings to larger individual pots. When the weather starts to warm up in spring, students are provided with kid-sized tools to help hoe and till the garden boxes for planting. Students are then assigned regular weeding and watering duties once the plants are in the ground.

Waiting for to harvest is the hardest part, but Speck keeps them invested with lessons that involve tracking the growth of the plants and learning about the birds, bees and bugs necessary for a healthy garden ecosystem. 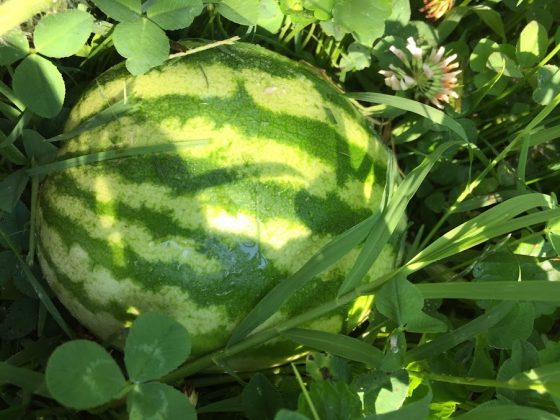 This year, students grew watermelon and cantaloupe for the first time.

“The kids love the harvest,” Speck said. “We try to scaffold the planting so we have everything from early spring – things like peas and spinach to peppers and tomatoes – all the way up to things that stay until fall when things freeze.”

This year’s bumper crop included a variety of produce including cruciferous vegetables like broccoli, cauliflower and cabbage; root vegetables such as carrots, radishes and beets; fruits such as bell peppers, tomatoes and tomatillos; greens; beans and peas; a melon patch with cantaloupe and watermelon; corn stalks; and a small herb garden.

It was an accomplishment Speck’s students were happy to share.

“I love to show off the garden, but the truth is the kids do, too,” Speck said. “When we have visitors, they’ll say, ‘Do you want to see our garden?’ Because they’re so proud of what they’ve done.”