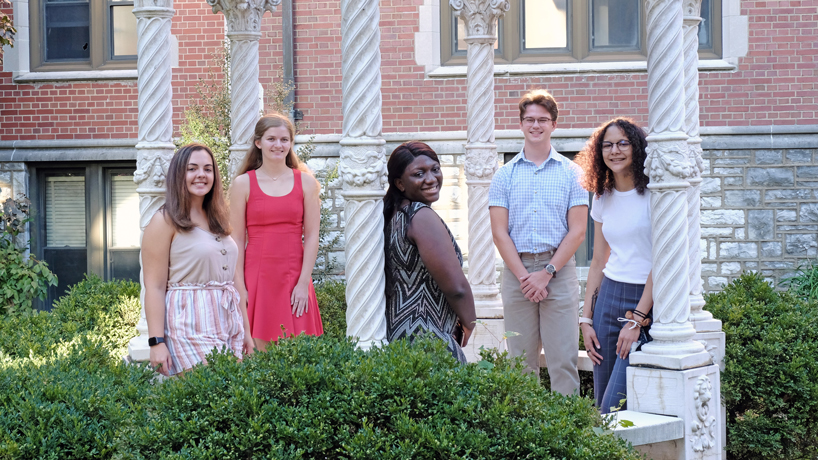 The Opportunity Scholars Program at the University of Missouri–St. Louis has been helping academically gifted students from across the St. Louis region realize their goals of college educations for more than a decade.

More than 50 students – many of them first-generation college students – have benefited from the full scholarship since the program’s inception in 2011, and the earliest recipients are now thriving in the workforce at places such as Ameren, Boeing, Barnes-Jewish Hospital and Tri-Tech Automation.

A $1 million gift from the estate of the late philanthropist Helen Shopmaker, who passed away in December 2020 at the age of 97, will endow the scholarship program and help ensure that legions more students can have the same opportunity in the years to come. 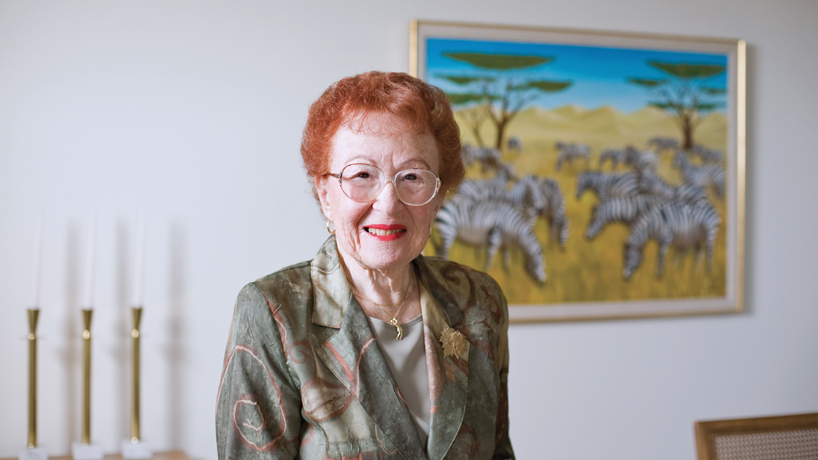 Philanthropist Helen Shopmaker was a longtime supporter of the University of Missouri–St. Louis and donated $1 million to support the Opportunity Scholars Porgram after she died at the age of 97 in December 2020.

Chancellor Kristin Sobolik announced the gift at a breakfast Saturday for prospective freshmen participating in the Opportunity Scholarship’s interview day.

“We are so grateful for the generosity Helen and her late husband Dr. Allen Shopmaker showed UMSL throughout their lives and how it has continued to this day,” Sobolik said. “Through her support of this program and other scholarships for study abroad, she’s continued to make an incredible difference in the lives of our students.”

“I’m so thankful for the gift Helen Shopmaker has given to future classes of Opportunity Scholars,” he said. “This program has had a tremendous impact on students who’ve been part of it over the past 11 years, allowing them to focus on school rather than needing to work to obtain their education.

“The program was created to serve first-generation college students and those underrepresented in the workforce, particularly in the fields of science, technology, engineering and mathematics, and the talents and skills they develop and carry with them into their chosen careers after earning their degrees strengthens our region.”

The program aligns with Shopmaker’s passions.

Shopmaker earned a bachelor’s degree in Spanish and a master’s degree in English at the University of Illinois and was a member of the American Association of University Women. She had been a generous supporter of education throughout her life, volunteering to teach English classes at the International Institute for 25 years. She eventually served on the organization’s board and was a member of the board at Springboard to Learning.

Shopmaker also developed an affinity for the work being done at UMSL after being introduced to the university through the E. Desmond and Mary Ann Lee and the Des Lee Collaborative Vision. UMSL awarded Shopmaker and her husband honorary doctorates in 2005.

“She was a very passionate philanthropist, and education was very important to her – helping students with the most demonstrated need and the strongest academic performance,” said Sharon Fenoglio, UMSL associate vice chancellor for University Advancement. “She wanted to help other people. She had been very blessed and fortunate in her life, and she wanted to do things to help others have the same opportunities that she had, which she believed began with her education.”

The Opportunity Scholars Program provides students with much more than money for tuition. Scholars are part of the Pierre Laclede Honors College and live and learn in a close-knit cohort in Oak Hall and engage in academic, service and social activities. They receive wraparound support that extends to housing, books, equipment such as laptops, and other incidental expenses as well as faculty support, peer mentors and internship assistance.

“It’s been really, really beneficial,” said Lorne St Christopher II, a junior engineering major and member of Air Force ROTC who received the Opportunity Scholarship in 2019. “I have a lot less anxiety about spending money. It’s eased my mind and also given me a sense of accomplishment. Being part of the Honors College has made me more well-rounded as a person. I’ve improved my speaking skills, and it’s helped me understand different fields. If you think about what intelligence really is, it’s being familiar with a lot of different things.”

This year, 25 students were chosen to take part in the interview process for the Opportunity Scholarship. Five will be selected, but the remaining students will be part of the St. Louis Scholars program, which provides them with an $8,000 scholarship and admissions to the Honors College along with many of the same academic and social benefits as OSP students.

Together Opportunity Scholars and St. Louis Scholars form a community at UMSL and at the Honors College and receive a personal and individualized education that is more than affordable. 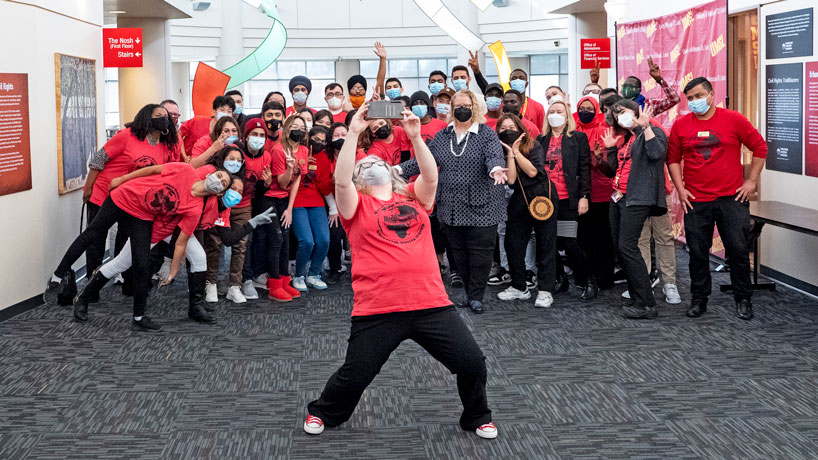