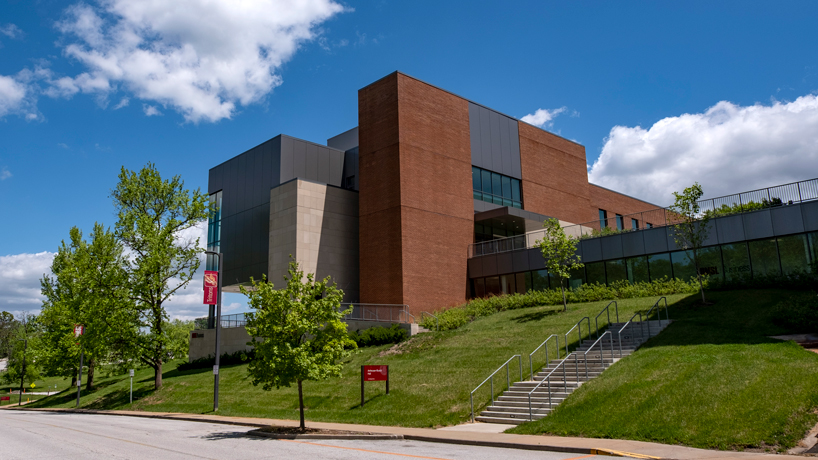 UMSL Accelerate, the entrepreneurial arm of UMSL’s College of Business Administration, will begin accepting applications for the inaugural Entrepreneur of the Year Awards on March 1. (Photo by August Jennewein)

Peter A. Racen is a strong proponent of entrepreneurship and the important role business owners and founders play in the vitality of the St. Louis region. That is why he began working with UMSL Accelerate – the entrepreneurial arm of the College of Business Administration at the University of Missouri–St. Louis – to establish the Entrepreneur of the Year Awards.

“St. Louis needs entrepreneurs to create business in our economy,” said Racen, the CEO of Racen Wealth Management and a 1980 graduate of the UMSL College of Business Administration. “If you look at not only St. Louis, but across the country, our economy is really driven by small businesses.”

UMSL Accelerate will begin accepting applications for the inaugural awards on March 1. All applications must be received no later than 11:59 p.m. on April 8, and the recipients will be honored at a ceremony in September.

“The Entrepreneur of The Year awards are important for UMSL as we work to build an award-winning program,” said Dan Lauer, the founding executive director of UMSL Accelerate. “We want to recognize and celebrate the successes and collaborations of the many stakeholders who make this possible.”

Lauer launched UMSL Accelerate in 2016 to foster entrepreneurism and help bring concepts from mind to market. The program is built on three pillars: educate, innovate and collaborate. In addition to providing advanced curriculum, expertise, mentorship and experiences to UMSL students looking to start their own businesses, UMSL Accelerate has also partnered with regional business leaders such as Ameren and Edward Jones to create the Diversity, Equity and Inclusion Accelerator, which supports underrepresented entrepreneurs with a nondilutive $50,000 capital injection, access to paid UMSL student interns and the chance to participate in an eight-week, best-in-class business development program.

“One of the things that makes the UMSL Accelerate program unique is that we’re on a university campus,” said Joan Phillips, dean of UMSL’s College of Business Administration. “So, we have access to the tremendous plurality of expertise on campus. As the entrepreneurs come, and they have areas of need, we have expertise in almost every area where we can draw on to help them.”

By creating the Entrepreneur of the Year Awards, Racen hopes to attract more of the UMSL business community to lend their expertise to the program.

“One of my objectives was to inspire other UMSL alumni who are entrepreneurs and business owners to get involved with the UMSL Accelerate and the DEI Accelerator,” Racen said. “Collectively, they could help influence and promote entrepreneurship within our community.”

Applications for the awards can be found here.