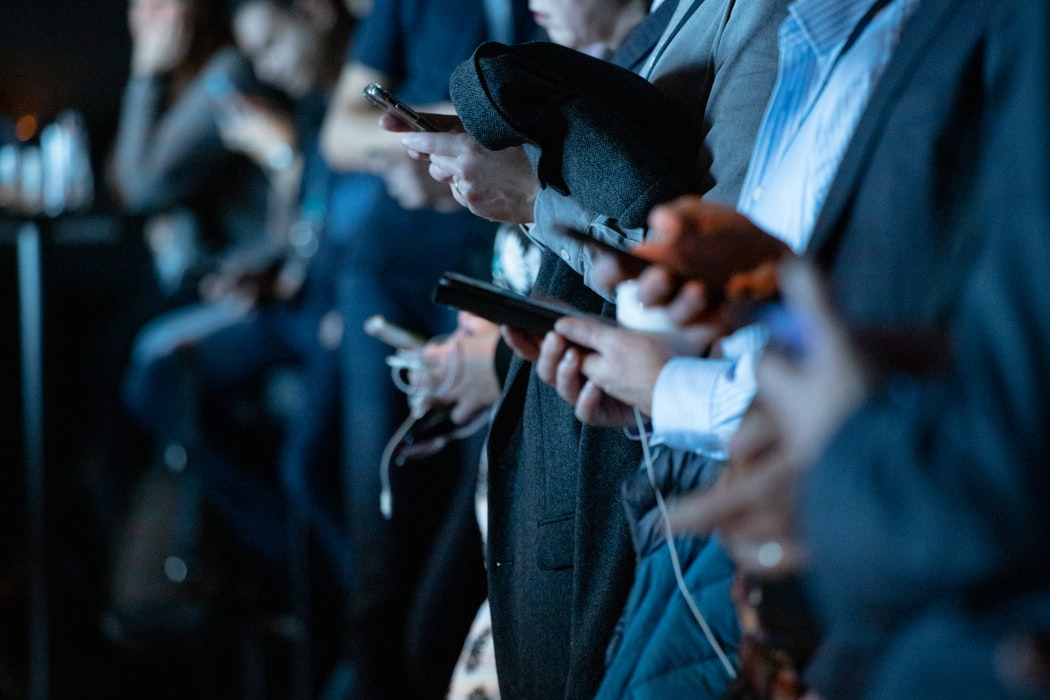 Surprising Ways the Internet Controls You If you don’t know when this picture was taken, you’re too young for me. Do you remember when you couldn’t talk on the house phone and use the internet at the same time? When mobile phones had minutes and the internet connection was so slow and expensive you just didn’t bother with it? Please tell me you remember when the closest thing we had to social media was (sketchy) instant messenger chat rooms and forums.

Top experts in the realm of technology and social media uncover the dangers lurking on the web in the Netflix documentary The Social Dilemma. The film is a combination of interviews with current and previous execs at Twitter, Instagram, Pinterest, and Facebook mixed with a story told through the eyes of Ben, a social media addicted high school student. In one interview, Justin Rosenstein, the creator of the like button on Facebook explained it as being made with pure intentions. Simply to serve as a way to engage with your friends and spread positivity. Now, the like button has become a way to measure self-value and self-worth. Overall, The Social Dilemma highlights the psychology being used against users and the ways our behavior and habits have been altered by social media. Why is social media so addictive?

The reason social media is so addicting is that these sites are constantly collecting our data trying to keep us engaged and on the site for hours on end between posts, ads, and other recommended content. When you click on a video on Facebook there’s another video in the queue ready to start right up and endless videos after that to take you down a rabbit hole until you realize you’ve lost 20 or 30 minutes.

It’s hard to resist picking up your phone immediately when your screen dings and lights up. Could it be a text? A friend request or a new follower? Did someone like the picture you posted earlier? From a psychological standpoint, when a person receives a notification, such as a like or mention, the brain gets a rush of dopamine causing a sense of pleasure or happiness. Social media provides an endless amount of instant gratification and attention from others without giving much effort. Like any addiction, users are constantly chasing a high and this attention forces the brain to rewire itself, making you desire likes, retweets, and reactions.

The term filter bubble was coined by Eli Pariser and the concept reveals that you may only receive a small fraction of any information you may go looking for in search engines. Your results are being tailored to you specifically based on more than 57 factors. You and your best friend may type the same exact thing into Google and get completely different search results.

Filter bubbles on social media are easier to identify. There’s a reason you consistently see more of certain friends’ posts on Facebook than others. It’s by design. You’re more likely to engage with them and you probably share similar religious, cultural, or political beliefs. If you receive the majority of your news and current events from social media then you are less likely to be exposed to opposing views. This reaffirms your stance on a topic and could cause an echo chamber. Dr. C. Thi Nguyen, Associate Professor of Philosophy at Utah Valley University, described echo chambers as a cult because the chamber leads its members to distrust everybody on the outside of that chamber.

The documentary itself did not offer many creative solutions for users to beat their addiction to social media. The pros will tell you to give up social media altogether, but we all know that’s not going to happen. Dr. Nguyen stated, “If the problem is bubbles, then the solution would be exposure.” To break away from your filter bubble it is important that you consult additional resources outside of social media and the internet altogether. Whether it be watching the news on TV or changing your newspaper subscriptions to paper only. Jaron Lanier, founding father of virtual reality, tells users to turn off their app notifications. You can also set screen time limits for yourself on your phone and you may find it helpful to deactivate your accounts for a short (or extended) amount of time. Sometimes you just need a break, especially in today’s political climate.