Choosing the University of Missouri-St. Louis (UMSL) for Computer Science

Black Friday is the day after Thanksgiving or November 27th of this year. Whether an avid storefront shopper or a cyberspace browsing junkie, Black Friday is known to bring a variety of discounts to fuel holiday shopping. Below is an explanation of the origins of this unofficial holiday and the future this day holds. 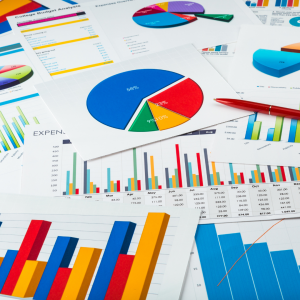 Celebrated as the starting point for holiday shopping, the term “Black Friday” was originally used for a different purpose. In the year 1896, the United States suffered its first national financial crisis. The gold market in the country had crashed due to two major Wall Street financiers’ get-rich-quick scheme. These men had decided to purchase large amounts of the nation’s gold in hopes to inflate prices. Their plan was to drive the gold market price high and then sell the gold they had bought out for profit. However, when the plan had unraveled, the nation’s stock market crashed. Americans from brokers to farmers went bankrupt. Ironically, this plan was unveiled on a Friday, thus coining the term “Black Friday.”

There have been accounts of how Black Friday developed in the modern era. Some say it has touchpoints to the United States’ history with slavery, others claim it has to do with the color pen retailers recorded losses and profits in. However, these accounts are not true. The main reason the term “Black Friday” resurged in usage was due to Philadelphia police officers coining the term in the 1950s. Each Saturday following Thanksgiving was the Army versus Navy college football game. That paired with holiday shopping, brought a wave of suburban shoppers and football tourists to the city of Philadelphia each year. Police officers, who usually couldn’t take this weekend off, underwent stress related to chaos invoked by long days, traffic, and crowd control. “Black Friday” was their way of describing the stress related to this weekend each year. 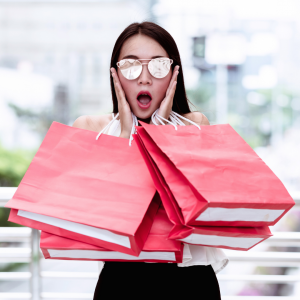 Black Friday is known to be one of the greatest marketing inventions of modern time. When retailers during the 1960s noticed how the Philadelphia police officers’ term caught on in popularity, they tried to reinvent the day. Primarily this was because there was still a negative connotation associated with the Friday after Thanksgiving; there was even an attempt to change the term to “Big Friday.” Despite this new term not launching in retailers’ favor, they were able to latch the idea of Black Friday to the legend of retailers only gaining profit for the year after Thanksgiving.

Now with Black Friday refigured in a new, positive light retailers now had the mission to spread the term national. It was only up till 1985 that Black Friday was still a regional term. And although other nations may not celebrate Thanksgiving, international companies have launched their own Black Friday sales with the aspiration to get buyers into the holiday shopping spirit. This has allowed companies to exceed sales internationally.

The future of Black Friday may be uncertain especially with COVID-19 mitigating social gatherings here in the United States. However, there are other ways to conduct holiday shopping that doesn’t involve busting through doors on the Friday after Thanksgiving. A new day dedicated to holiday shopping surged in popularity starting in 2005. Cyber Monday as it is known, allows for retailers to market discounts via the internet. In addition, this day was set on a Monday to allow those who went back into the office to browse while they worked. Best of all: different deals arose for the occasion.

UMSL Business and You

Black Friday did not take off overnight. This term took decades to develop and was coined for different purposes. Are you ready to help create the next Black Friday? UMSL Business is a great place to start. Graduates of UMSL’s College of Business Administration are business leaders and entrepreneurs with unparalleled drive and skill. Programs don’t just focus on learning business principles; students experience the latest research and technology through real-world examples.  Learn more at