The St. Louis Post-Dispatch’s Lifestyle section featured Britt Tate-Beaugard’s home in St. Louis’ Shaw neighborhood. Tate-Beaugard, who recently earned her EdD, explained that her home’s eclectic, whimsical decor, which features Pez and Barbie collections, is a reflection of her creativity. She added that her love of color and pop art is reflected in virtually every space of the home.

Biochemistry and biotechnology alumna Marina Villoch was profiled by Yahoo Entertainment about her work restoring coral reefs and protecting the biodiversity of the oceans. Originally from Spain, Villoch came to the U.S. to study at UMSL. After graduating, she began working at the Mote Marine Laboratory. Marina noted that coral reefs aren’t just crucial to preserving life in the ocean. They also affect life on land. “Coral reefs, although they only represent less than one percent of the ocean, they support more than 30 percent of the ocean’s biodiversity,” she said. “Coral reefs also protect our shorelines. If we don’t have the 3D structure that the coral reefs provide, then we’re going to be more susceptible [to the effects of climate change] and it’s going to affect us humans.”

Markus Lindberg, men’s golfer
Golfweek: Club 60: Meet the 15 players who have signed for a 60 in college golf

Bloomberg: Planet Partners with Taylor Geospatial Institute, Data Expected To Be Leveraged for Research on Food Security and Defense and Intelligence

KMOX: UMSL reports a 10% increase in first-time students this year

Spectrum News: What you need to know about voting in Missouri’s November election

St. Louis Magazine: Everything you need to know about the 2nd annual Ascension Charity Classic 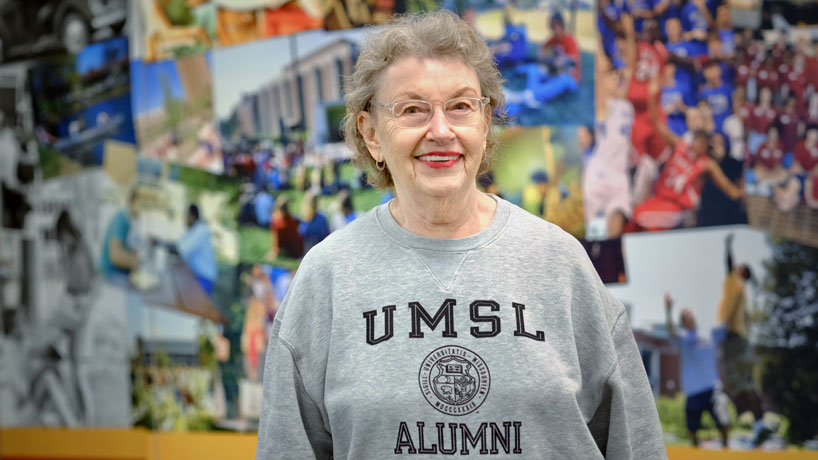